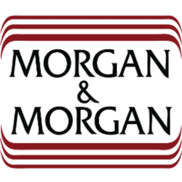 I was involved in a car accident in Jacksonville, Florida July of 2018. I was rear ended by another vehicle...

My husband John Todd Huey was diagnosed with Mesothilioma and passed away Oct. 23rd 2017.
I - his now widow- had filed for the law suit before his death through Morgan and Morgan who then sent out reps and refered to Gori/Julienne in Illinois.
They filed in November 2017.
I understand these things take time but once a compnay has settled with them i expect the funds to be distributed, after i sign the settlement papers, in a reasonable amount th of time.
They currently have settled 9 more core comapnies 6 months ago and i have not received payment.
When I call the office im told the papers 'are in accounting'.
Then why cant they release my funds?
In a world of Fraud i have concern of why they are holding my funds? I am buried in debt and need these funds to settle my life as much as possible. Im a widow no children, left in a mess.
I was given a # to call the Illinois Bar association.
I want to know why they hold funds for such lenghty times?
Morgan and Morgan needs to stand behind the companies and attorneys they represent. That is why Im asking for help through his paractice.
Please help me through this.
Thnak you,
Crystal J. Huey
Case
John Todd Huey

they dropped my case

I suffered an eye injury in Walmart's Cape Coral Fl store. There was a video of the incident and an offer from Walmart for $5k. I told Jihn Morgan to get a copy if the video, he said, no need, they must preserve the evidence. After John Morgan told me that Walmart lost the video he dumped my case. I had 10 procedures to remove the metal from my eye and lost partial sight in my eye. I cringe when I hear their ads, for the people, what a disgraceful practice.

did not receive my settlement monies

I had fell three times on my job from wet floors every time it rain. I called Farrah and Farrah attorneys to...

We decided to hire this firm to represent us in a work related injury case. We were filing grievance after grievance through the state trying to get related bills paid, doctor refferal's, and timely care. During our initial consultation with the attorney, they promised the world stating that all our bills, care, and refferal's would be immediately addressed and taken care of so that we could worry about recovering and getting back to work. Based on these promises we decided to proceed in hiring this firm. Once we completed our contract the attorney notified us that due to a back log in cases it would be two months before they could look into our immediate issues. In the meantime they would request all of our medical records for review. After two months we emailed trying to see if they had time to review our records and proceed in helping resolve collections debt and emergency care needed. After three days the paralegal emailed back letting me know that they still had not requested or received our records. We took it upon ourselves to request and pick up the immediate records our attorney requested that was needed to set a court date to go before a judge and seek emergency treatment. After we sent theses records over another month went by with no communication or update. We decided as a family to contact our state once again to apply for assistance in regards to 16 month past due collections notice from an unpaid hospital bill and treatment. The state notified us that they could assist in the unpaid collection, but that our attorney needed to follow up on treatment. After a phone interview with our attorney we were advised to undergo the procedure under our personal insurance to speed up the process and as soon as there was an opening in court they would go before the court and request coverage/repayment. Needless to say that was 8 months ago. Since hiring this firm my case has been in limbo going nowhere. On top of that we were forced to take out an additional $10, 000 loan to pay for work related treatment. My family is on the verge of losing everything due to this injury. Our medical debt continues to stack up because work comp refuses to treat or accept refferal's. The whole reason we hired this firm was to hopefully have an advocate on our side battling to ensure adequate equal and fair treatment. If this is adequate and fair representation or normal please let my family know bc all we need is someone For The People helping to end our pain and suffering. We honestly do not care about any settlement because I can tell you no amount of money on the planet could ever replace the time I have lost enjoying my family, pain and suffering, or ruining my career I worked so hard to establish. If a claims advocate reads this and reaches out to us. We are not interested in speaking to anyone other than one of the owners. If this practice was really established on the principal's in there advertisements then they deserve to know and hear my story,
complaint/trustamonial. [protected]@yahoo.com

I been paying dues a hundred dollars a month for 15yrs and haven't received any monies, is this case closed are should I have received money before now. Not only me my family and relatives haven't recieved anything also. If we're still entiled would you please represent us, my email address is [protected]@att.net an phone number is [protected] thanks for your time and attention in this matter.

I was in a car accident and contacted Morgan and Morgan for legal representation. I was assigned an "attorney" in my local area but only ever spoke with a paralegal or some other form of assistant who originally told me that there was no coverage on the vehicle I was riding in. Weeks later, after assuming that they were right, I found out that the police report somehow had an entirely different vehicle listed. I explained that the vehicle was a purple Ford truck and not the black Mazda in the report. The firm then contacted the police department about it who apparently "put a note" in the report. By this time, I was told that I had waited too long to seek medical attention because I was under the impression that there was no coverage.

These guys really created a "sweet deal" for themselves - at our expense. They tool all my information back in august, made me feel as if they cared about my situation, and then they told me that they will "refer" my case to another office that they are affiliated with (i.E. They get a referral fee), and that I would hear from someone soon. They could not give me the name of the law firm they refer me to, because they won't know who will get it (but they promised to call me when they have the name). Weeks, even months went by and I never hear from anyone.

After a really long time, I called back and was told "i'm sorry. I'm surprised no one called you back." yet, he still would not give me the name of the firm that supposedly my case was referred to. He assured me he would refer it to another firm and that I would hear from someone soon.

I called back a few weeks later and still no one could tell me where my case was referred, or why no one has called me back.in the meantime, the time ticks on by.

This is what I believe: they keep all the cases that are most financially beneficial to them and they refer out everything else, collect a referral fee, and forget about you. Really what they have done is kick you to the curb because financially you are not worth it to them. Sure, they are nice enough when you talk to them on the phone, but they only care if you can make them a lot of money.

I should have just called around my own town and found a lawyer on my own.

I was injured on a cruise ship. I tore my Achilles tendon clean off the bone on the landing portion of the...

I was injured in car accident in 2009 and morgan and morgan, out of memphis tn filed my case wrong and have pushed me to the side

Tyrone Byrd [protected] email address [protected]@icloud.com I sent one before this one didn't put my...

payment for expert witness on a closed and paid out case

Hi my name is Tammy AAsum. I would like someone to call me my number is [protected]. I am having an issue...

I hired this firm & the 1st attorney they put on it dropped the ball for 2 months he was relieved of duty ...

I've had a car wreck and used Morgan and Morgan they where good up until I signed the deal it's been almost a...

Hello, My name is Timothy Lee Adkins out of Melbourne Florida and I just want to say what a wonderful job...

Waste of time. After one hour on the phone answering questions I find out they don't even have an office in the state I'm living in, it's in Orlando...I don't want a lawyer who I can't sit down with. This information needs to be disclosed at the beginning of the conversation not after I've given personal information. Also wanted asset information before even telling me if they were taking my case. No way buddy, wouldn't let me speak to a manager or file a complaint about these practices. Scam if you ask me, wish I would have seen this before I wasted my time but at least I didn't finish the conversation or get as far as some people. Sorry that this company is scamming the people of Florida and now other states as well.

I hired them right after I was hit and had a neck injury. That was in Oct 2016. I received 1700.00 and have been ignored and told that they are doing what they can ever since. They continue to tell me that they are trying to get the rest of my medical bills lowered but anytime I call I get a voicemail and no returned calls. When I finally do get to talk to barbie she is very short with me and tells me I'll call you within a few days. The last time I talked to her and was told that was two weeks ago and I
I have never heard back. I have gone through this for a year and a half. I have never talked to the attorney, guess my case isn't important enough for that. I would never suggest anyone hire them unless your looking at getting millions because if your not your not important to them.

I was working at my job for 3 yrs. everybody loved my work even boss. They hired a friend of theirs to be...

Id like to file a complaint against Morgan and Morgan for unprofessional neglect towards your client...

Morgan & Morgan / ForThePeople.com
0
%
Doing nothing would be this company's favorite pastime, if they had the energy for it.