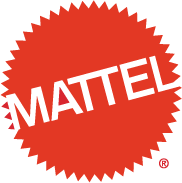 Having problems with Mattel?

I wanted to contact someone about the variety of clothes in store or lack there of. I see how many varieties of barbie you have now, but when I was a kid the clothes and quality were a lot better. I don't think there is entirely enough barbie clothes and it is disappointing to say the least. If you do find something they are cheaply made and cost $5 for 1 outfit. This problem has made me want to step back from buying Barbie products because of the downfall. Provide more clothes options and maybe you would get back a long time dedicated customer.

My daughter and I were enjoying this until the doll with red hair was continually made to look like a prude, someone who can't have fun, her character is made out to look like she has OCD and anxiety disorders, she can't swim in the pool without checking the waters PH balance, she doesn't enjoy outdoor activities because she's not "carefree". Like seriously did they have to live up to the stereotype of making redheads out to be not fun people, this just instills the idea in the more young people that it's ok to outcast redheads, and redheads will continue to be bullied through there life because of shows like this. This really upsets me as I've watched my brother be bullied throughout his teens for no other reason than his hair colour, and now I'm scared I'll continue to see that with my daughter . Really unhappy with whoever created that storyline for this show, and whoever said it was ok.

I purchased 4 Monster High dolls and 2 Monster High cars during the Blue Friday Sale on November 1st. The sale was confirmed by Mattel that day. Then I received an email November 2nd stating my order was canceled because one or more of my items had an incorrect price. I sent an email to Mattel's costumer service on November 3rd regarding the confirmed sale agreement, and that shop.mattel.com's website shopping terms of agreement located at the bottom of the webpage did not contain any clause regarding their right to cancel orders due to an error on their part. I then received an email the following day, November 4th, saying my order was canceled because the products I ordered were no longer available. Upon looking at shop.mattel.com, the products were still available in stock for purchase. The product numbers no longer correspond with the product numbers on my order form. Mattel is an extremely unethical corporation with questionable legal practices.

Mattel advertised a huge Blue Friday sale. Prices were listed and I shopped. 3 times. I even called customer service to verify the prices were legitimate since many of them were so low. She said yes, that is what was listed. They even had free shipping. I knew my kids were going to get a Christmas unlike any other because of our tight budget. I was so excited to finally get my 8 year old a Barbie Dream House! I thought this was a promotion they were discussing earlier in the year that was going to create more buzz for their online store because it wasn't doing well at all lately. Should I say I wasn't surprised when I received an email the next morning the my order had been canceled? I called and was offered 10% off the retail prices, as if that made up for their mistake. Apparently they had some pricing errors and refused to honor them, unlike other stores who make mistakes and honor those mistakes and eat the cost. Nope, this company wants the customers to suffer from their mistakes instead of owning up to them and fixing them without losing customers. I'm never shopping Mattel again, and I will tell everyone i know for as long as I live.

Mattel.com was terrible. I placed an order for a baby doll. My VISA was charged and I got an email saying my order shipped, but the toy never showed up after a few days, so I emailed their customer service to which they to this day never responded to my email. So then I called them and a woman at Mattel.com acknowledged that they never shipped my item even though they said they did. She said they will ship out in several days :-( I needed this for a gift for my daughter's birthday party in 4 days and they cannot ship it to me any quicker due to their error! I said I need to get a refund, as I'll now have to go to a store and buy a different doll for my daughter. The woman seemed annoyed by this request but said she canceled the order and did the refund. - Two weeks later I had to call Mattel.com once again, because my VISA still hasn't been credited for the refund. Now a new woman tells me the last woman never entered my refund request! So they were just going to steal my money! I have yet to confirm that my VISA has received a refund of the cancelled order.

You are the leaders in raising generations of children with your toys. However what message is it that you want children to learn mass murder sharks, a creature so vital to our ecosystem. you are not scientist, you are toy-makers, so teach children about conservation not kill our next generation's hope in saving it.
Stop using your influence on children for ill purposes, remove the Mega Rig Shark Ship and go back to the drawing board.

I purchased the 3-story barbie dream home for Christmas 2010. It is a piece of junk. A part of the house was cracked. The fireplace was defective and the chandelier never did work. I was told that they would replace the house only ifI returned every tiny part-not the house itself.Well I couldn't find the 1-inch toothbrush that came with it. So I justkept the piecce of junk rather than stress out on this plastic mess. I will never purchase another doll house from Mattel.

Twice I have bought "collector" Barbies from the Barbie collector.com Website & the Barbie does NOT look like the picture in the magazine, in one case the lashes were not the same as the picture, they were really short in comparison, & the next doll had pink instead of the red lipstick in the picture AND the hair looked totally different, it was supposed to look like Joan Jett & it looked like snow white with too much eyeshadow on. Not very pleased as I also had to pay 10 bucks in EXTRA shipping fees on top of what I paid to Mattel, to add insult to injury.

cheaply made not safe

i purchased a bratz hamster cage for my daughters 6th birthday, firstly the wheel broke, then the hamster...

The barbie beach doll is a piece of crap !!! Just like all the other junk matttel is selling. The dolls hands will not fit right on the handle bars, so the doll will not ride the bike propper without her hands on the handle bars !!

Does mattel try out their junk ??? This is not the firt time I got took by their cheap barbies, but will be the last...I give up on their junk !!!

Bought the big T-rex rampage hot wheels set for my son for his birthday, started to assemble it and it's missing a piece that connects the two sides, so I called the manufacturer, Mattel, to see if I could get a replacement part for it.

They won't give me a replacement part, but said if I send 2 of the pieces back they'll send a whole new one...

Sounds good right? Not really, I have to pay the shipping for it and it's 2 of the heavy parts. So not only do you pay for something that isn't all there, then you have to pay for the shipping because they screwed it up.

Their other option was to compesate me $5 for the missing piece..on a $50 toy. Right, like this is my fault that they didn't send the piece.

Not cool, Mattel, you suck!

Mattel
0
%
Doing nothing would be this company's favorite pastime, if they had the energy for it.