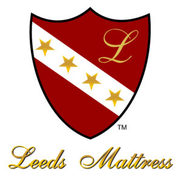 Having problems with Leeds Mattress Factory?

ComplaintsBoard.com is not affiliated, associated, authorized, endorsed by, or in any way officially connected with Leeds Mattress Factory.

Purchased Mattress in August of 2018. I have Congestive Heart Failure and Suffer
from severe Back and Body Pain. I told Mr. Neil Leeds this. I wanted a Firm Mattress,
he encouraged me to purchase a Med. Firm Mattress. The Mattress is Defective and
terrible to sleep on. I cannot sleep comfortably at night on the Mattress. Thank God
I have a second Bedroom. Neil told me that I could return the Mattress on the day that I
purchased it. I Had a witness with me that can confirm my conversation with Neil. I
should have followed my first mind and refused to do business at his store. "I commented to him and my guest that there was no Customers in the store for the
two hours we were there. I now know why. I read some of the Customers reviews
on the Internet and they experienced some of the same issues with this store. He
moves around from locations to locations defrauding people. Thank God I only
spent $500.00. Many people spent $3, 000 for Fake Mattresses at his store.

The complaint has been investigated and
resolved to the customer's satisfaction
Resolved Leeds Mattress Factory — no one i can complaint to about a bad mattress they sold us.

Not more then two years we bought a $3000.00 mattress and in the pass six months my husband and i have been...

The complaint has been investigated and
resolved to the customer's satisfaction
Resolved Leeds Mattress — Leeds mattress stores = frauds!

I have now spen t $1000 at the Leeds mattress store in North Hollywood only to be scammed and given the run...

I am very suspicious of Leeds Mattress stores. They are popping up throughout California, I mean ALL over!!!...

I purchased a Simmons Beautyrest Mattress 2 1/2 years ago and it is defective. The sides are sinking in terribly while the center is hard and much higher in position. My parents purchased one as well and are having the exact same problem. I paid to have an inspector come and they told me that this was normal and claimed I had a stain as well which cancelled my useles warranty. There was no stain at all. Now I have to pay another $50 to have someone come out and tell me the exact same thing. I would never purchase a mattress from Leeds and / or Simmons. Neither one will honor the warranty. No wonder the Leeds stores are always empty.

Leeds Mattress Factory
86
%
Fast & efficient, this company is head above their competitors when it comes down to taking care of their customers! Keep up the great work!