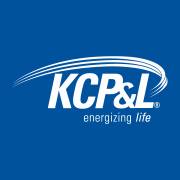 After moving, I contacted KCPL by phone to pay remaining balance at old address. I was told that I could pay...

It is KCPL's Policy to NOT reconnect service for 24-48 hours.
Even if unpaid fees are collect within minutes of disconnect.
They will not add orders even if truck is down street from residence.
They don't even add a same day reconnect fee if requested.
Food spoils, medical devices are turned off, Children are in the dark.
Because KCPL is a monopoly, and no other electric companies are an option, they are free to treat customers that rely on them as they please.
We have a disabled (on medicaid/SSI ) Autistic, diabetic member of the household.
How is this policy good for the state of Missouri residents?
This policy only benefits KCPL and the stakeholders.

The power company had buried cable exetnded from the back yard mentioned above, into the Villas at Bristol...

I'm not understanding my bill I move in Jan 18, 2018 and my light bill has been so outstanding that I'm not...

While owning this property I had a renter occupying the home until the 4th of November. I changed the...

I've been without power since Friday January 11, 2019. I have advised KCPL that the meter had been ripped...

My power has been out over 8 hrs. I have submitted an outrage report around 10am this morning as my power wa...

I have NEVER missed a bill to KCP&L, when I get a bill I pay it, unfortunately I didn't receive my bill last...

I find it ridiculous that yesterday at 8:03am KCP&L shows up at my house. First of all I had no idea it wa...

An investigation into the gross overcharging being committed by KCP&L should be started. They claim that you...

I have been on the budget plan since I moved into my house 3 years ago.. When KCPL merged with this new...

I called today to set up new service with kcpl. The rude customer service person after taking all of my information told me that an outstanding balance on my account had to be paid before they would have the service transferred to me.
When I set up new service last November at my home after moving back to Kansas City from out of state I was informed then that 4 1/2 years prior that my experience wife and her boyfriend had left a substantial bill unpaid and that kcpl was holding me responsible. I argued and disputed the action by them to transfer my exes bill to me and even had the public utility commission involved but they ultimately transferred the bill to me anyway. They said the reason was that because I had cosigned for my exam to get the apartment she lived in that I was responsible. I explained that I never set up electric in my name and in fact had never lived at that address for even 1 day and that I only signed to be a cosigner because my kids needed a place to visit their mother when they went to see her. They were still [censored] and pinned her and her loser boyfriends bill upon me. I didn't realize it at the time but it was November and that's when cold weather rules apply. They made me pay about 400 dollars up front but transferred the utility to my name. Well for the entire summer time the account was active my monthly actual service usage was between 45 and 77 dollars but I was forced to pay as part of the sham of a deal they set up 239.45 each and every month with the excess above the actual usage to be applied toward the bill they pinned on me illegally. That started in December and lasted until July when I moved in with family for a few weeks until the new apartment I was moving into was going to be ready. Well even though I paid on that back balance that didn't belong to me when I called today to get the service started at the new place they said the entire balance of 1250 dollars was due immeadiatly before service would be put into my name. I explained to the rude customer service rep that I couldn't do that and she laughed at me and said that's just the way it was and that's it. When I requested to speak to a supervisor the rude person disconnected me with out any reason whatsoever to do so. I called back and the automated system said they had a high call volume and I opted for a call back in 22-35 minutes when I got to the front of the line. Well the first time I waited for over an hour and no call so I did it again and the system gave me a call back time of 40-55 minutes so again waited for a call that never came after an hour and a half I called back only to get a live person that actually answered the call on the second ring. After spending 1/2 hour going through all the details again I asked for a supervisor. They put me on hold for about 10 minutes then got back on and said there was no supervisor available and the would have to have them call me back. I refused and told them that I was going on over 4 1/2 hours today trying to deal with this and I wanted to hold for a supervisor. Again they put me on hold for about 10 minutes and came back on saying that same thing. I again refused to wait for a return call and the csr said I had no option but to get a return call. Again I refused and told her I'd been doing this all day and washing of it and would not accept another wait time to be called back. This csr also laughed and said again I needed to wait, when I refused again she hung up on me. I again called only to have a live person answer the phone on the 2nd ring. I didn't give any if my info to this person only asked them to put me in through to a supervisor to my astonishment the rep said sure thing Mr. XXXX I'll get the supervisor for you. A person gets on claiming to be a supervisor and I proceed to go through all the details again only to hear this person argue again with me about my past due bill. I explained that it was in fact NOT MY BILL but was transferred to me. The person said that it was mine now and it didn't matter about the history of how the charges originated. They said I had to pay in full before I could establish service I explained again it wasn't my bill and I was forced unfairly to take it on. They said that it needed to be paid or else I couldn't get service. I said we'll it wasn't that way before and that I had been paying on it all year. That's when they informed me that since I had the service discontinued in July I am now considered new customer and it needed to be paid. I again said that it wasn't that way before and that's when she said that because it was November when I set the account up before they were required to turn on the service per the cold weather rule. I again said I couldn't pay the entire balance and was moving in the next couple days. The supervisor said that I could pay the entire amount of sit in the dark until November when the cold weather rules would force them to turn on service again.they.laughed.and.hung.up.

I have been removed from the budget billing plan for a balance of $1, 995 today I was told to get my service...

Ive lived at 109 w adams st for almost 5 years. We have had higher utility bills then we ever have before and...

I tried to open my first account with KCP&L and dread the outcome, esp. given the poor customer review...

My family has an opportunity to move into a newer home, in fact, we have already paid security deposits and...

I moved out of a house due to a rape. I called as well as others numerous times to have kcpl shut my service off. They show no record of these calls, nor do they show record if some more recent calls. I have several things showing I did not live there, all of which they stated was proof I did. The dates and paperwork I have that they are basing things off of do not add up to my landlords date she lied about. Even dates they have in their records of certain things add up to my timeline I have given of moving out. I was told to provide a police report of my rape and that's ALL they need. Then told it meant nothing.I was told today, idk why we would want that, yet have record of them requesting it in their system. Not sure why they put me through that for no reason either.More than one record requesting it. Then told the reason the investigation went the way it did, I then got all my paperwork together proving their information..exact info they based this decision off of was inncorrect. They tell me sending that in won't matter. Now, the excuse being that they have no record of a shut off call from me or others at all.Their records are obviously not getting entered every call. New, recent calls. No record either. Hmmm. I had other utilities shut off and they claimed their investigation showed I had it ALL on. I have proof The supervisors consistently gave incorrect information, contradicting themselves multiple times in the same conversation and then laughed and bashed me and questioned me for getting an advocate to help out and call with me. They claim they recorded this last call, but also claimed they never said something they clearly did to two of us, my husband and I both during the call. Considering how inconsistent they are, no choice but to have someone else there to verify the fact their stuff does not add up at all. It's been a mess. 3 months of it non stop now. If their was clearly and incorrect and unfair investigation than, obviously they should look into stuff a bit more and not lie about things they didn't check on, cause I checked and found different as I knew I would..knowing I did not live there. These people are a complete joke.

Kansas City Power & Light [KCP&L]
20
%
Not bad, but could've been way better. This company does respond, but not as often as you'd expect them to.