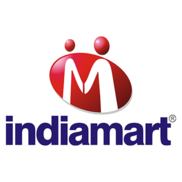 Having problems with IndiaMart?

I order some medicines from one fraudulent company named Animate Pharma, who was very prompt in replying...

The so called verified supplier are fraudulent, they take the advances on behalf of the order given to them...

Last week on Friday 11/12/2015, I sent money from Western Union to two suppliers that I found on Indiamart, 235 usd to Squibb Pharmaceuticals Limited and 425 usd to Pharmanova Private Limited.They were supposed to send us medicine in return, I kept my promise I paid for the items but Squibb Pharmaceuticals started asking more money for so called refundable insurance EMS fee and customs fee, there are no fees like that we all know that EMS doesn't deliver to the door in United States, USPS does. They made fun of us, called us "you poor man" etc. No replies since then from this scammer Squibb Pharmaceuticals company, be careful, they are all fraud.The money was sent to Prune Scales for Squibb Pharmaceuticals. The other Pharmanova Private Limited they first told me the package would be delivered, the package was delivered etc it has been a week already, no news, no tracking info, nothing, I wrote to Indiamrt several times but they just don't care, I am curious what kind of suppliers or people do they work with?We just wanted to do business with Indian companies, in just one same week we lost 700 usd for nothing, the money is completely gone, If we knew that they would turn out scammers we would go and donate the money for good, please be alert for companies on Indiamart, we are scammed by two companies in the same week from Indiamart.

They asked to pay for the insurance and vanished somewhere

When I placed the order on the website www.indiamart.com, the rep told me that the insurance wasn’t necessary and it was optional stuff. I placed the order and on the next day I received the email, where the seller asked to provide the insurance. I was a little bit confused, because I didn’t want to buy it and pay $200 for nothing. The seller reassured me that I needed it, but after that no news from him. Has anyone had any deals with these guys?

Worst experience in my life

I ordered testosterone cypionate from the website www.indiamart.com. I paid for it about $145.99 and the...

Sir I found Mr. Jaydeep Udeshi on INDIAMART,
he had put sell offers in the name of madzone
I cintacted him and enquired for microSD cards.
I made the order
as he demanded 10, 000 rupees in advance I made the payment via state bank to their account on 1st february2013,
Now till now 3 march Ididn't get anything
As I was repeatedly asking
He said that he would return my amount on1march2013,
So I waited
After 1st march He stopped responding
I am not getting any responses

Indiamart is a total rubbish company, who only knows how to get money from its users but fail to provide any...

it was ill-fated day when i trusted indiamart.com to promote my business online, since that day i have been...

I ordered and paid for 20 Nintendo Wii Consoles which were supposed to be delivered December 10, 2007. I have not received my shipment, tracking numbers for shipments, nor have I been able to get in touch with this company.

IndiaMart
9
%
There is some slight activity coming from this company when it comes down to resolving complaints, but so far it's neither timely, nor relevant.