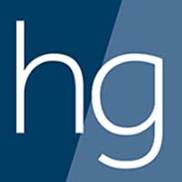 Inappropriately touching female patients during examinations, report says — 8/12/2013 raja raja chakrapani: pa doctor, 59, has been released from jail upon modified bond conditions. He is a pittsburgh, pa area doctor who operates several offices in the area. He was recently arrested by the allegheny county police on accusations of assaulting at least two female patients during examinations. According to news reports, he is accused of touching and rubbing his body parts on the two victims. The alleged incidents occurred between august 2012 and june 2013. Allegheny county police lt. Jeffrey kurczyk said, “we realize that during the course of an exam there will be touching, but not as far as this doctor has gone.” according to the criminal complaint, one victim told investigators that chakrapani attempted to kiss her during an exam and rubbed himself on her and grabbed her inappropriately during another visit. Under the terms of his bond, he is prohibited from being alone with patients, must have no contact with the victims, and he surrendered his passport. Additional women have reportedly come forward claiming that he had inappropriately touched them as well. Chakrapani is facing four charges of indecent assault and two charges of harassment.
The following official record of raja chakrapani is being redistributed by mugshots.com and is protected by constitutional, publishing, and other legal rights. This official record was collected on 8/13/2013. Address herein provided within official records, visualization provided by google maps.

Healthgrades
0
%
Doing nothing would be this company's favorite pastime, if they had the energy for it.