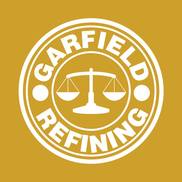 Having problems with Garfield Refining?

I metal detect and sent gold twice
First time was fair
Second time a total rip off
I was called after i sent second time and I believe this was to see how much i knew about what i sent
All the jewelry i find is at least 10k, what i sent was a mix f 10k and 14k
After call i was given a evaluation REALLY LOW
I called back and showed that even if EVERYTHING i sent was 10k i should have received at least $500 more as a lot was 14k i should have received at least 1200 more
Their response was to say treasure hunters gold is lower 32.14 percent
That amounts to 7or8k as far as i can determine
That's ludicrous, just because i find gold jewelry it dose not loose value
No gold in America is sold under 10k i have metal detected for over 25 years and one found one 9k ring out of hundreds
I test all my gold, or have local jeweler with 40 yr experience test anything I have questions about
After looking at past reviews this i exactly what they do to others going back years and i intend to do whatever it takes to hold them accountable
I'm now retired and have plenty of time
I also am well know all over the United States and even abroad as a detectorest even been included in documentary's
So I'm well versed in gold values and know for a fact i was ripped off
Sad thing is they are doing this now during a pandemic when people are vulnerable
The state's attorney needs to look into this it's nothing short of organized crime as i see it, they are knowingly stealing from the American people

The complaint has been investigated and
resolved to the customer's satisfaction
Resolved Garfield Refining — Ripped off!

The complaint has been investigated and
resolved to the customer's satisfaction
Resolved Garfield Refining Company — robbed once again!

As a jewelry retailer we send in scrap gold for refining peiodically, I have used garfield a few times in the...

The complaint has been investigated and
resolved to the customer's satisfaction
Resolved Garfield Refining Company — Beware!

I was told by a friend who used to own a local Pawn Shop that Garfield Refinery was a dependable place to...

Garfield Refining
60
%
This company definitely cares about its customers and responds to overwhelming majority of complaints.