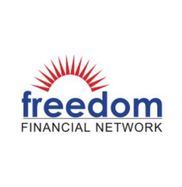 I have been enrolled in the Freedom Debt Relief since 2015. I enrolled with three debts. After almost three years and thousands in fees one debt has been resolved, one is in progress but the third has filed a lawsuit do to Freedom Debt relief's failure to respond to their request for communication.
I received a letter from PYOD LLC which is a law firm that acquired my enrolled debt I received the latter back in May of 2018. I contacted Freedom immediately to inform them of the letter. Since I heard nothing back I assumed some sort of agreement or arrangement had been made. During the first week of Jan 2018 I was served with a summons from PYOD LLC. I again contacted Freedom who in sort stated they could not help with legal advice but would attempt to reach a settlement.
Today is Jan 26th. I have since had to file a response to the summons with cash out of pocket. I have also taken a cash advance on my credit card (more debt) in order to place enough funds in my Freedom account to help reach a settlement. I have placed numerous calls to both Freedom Debt and PYOD in attempts to get a settlement reached. PYOD will not speak with me because Freedom debt is "representing" me.
Freedom Debt will not allow me to speak to a supervisor or negotiator as they are "too bust and do not speak to clients" My least request to speak to a supervisor was today, Jan 26. I was transferred to a woman who would only identify herself as "Veronica". Per Veronica they do not give clients their last names. When I asked what her position was she said she was in "leadership".
I explained my frustration to Veronica and my current issue, as I have each time I called. All I was told was that I had to respond to the legal paper work and that was more important than their negotiating a settlement. Apparently Veronica doesn't understand enough about her own job to know that the summons/lawsuit was a result of their lack of being able to reach a settlement. She refused to allow me to speak to a supervisor and/or negotiator as they do not speak to clients. I was told If I withdrew from the program and attempted to reach my own agreement it would affect the second debt that is currently being paid, that was the only portion of the conversation I agree with.
So after several thousand dollars in fees and several years of damage to my credit all I can get is continued circles of information lack of assistance and now the looming threat of a lawsuit that should have been avoided.

Received biased and threatening emails from this company the Freedom Financial Network and ended up dealing with their legal counsel Dharma Naik. Don't know if it's a legitimate company or not but they are asking me something that is totally irrelevant and they keep on spamming my inbox. Is anybody else receiving this type of spam?

I'm not even sure who I would complain to, I just feel the need to express my displeasure with this Co...

I paid $399.99 for their Platinum package no risk 90 day money back guarantee in June. They would set up the website and teach me how to do business from it. I received several calls indicating the website was up and complete and training was to begin and I also received a contract to sign which I did not. In the meantime, I got another job and decided not to pursue. I asked for my money back. They kindly agreed and said I would see it credited in 7 business days which did not happen. Since then, no one answers the phone except an automated leave a message and there are no return calls. They must have some way of knowing who is an active customer because they are the only ones who seem to get to talk to anyone. If on rare occasion I do get someone, they put me on hold to check into it, come back and tell me no one is available but they will call me back. They do not. It has been over a month that I have been asking for my money back. J. D. Davids sold me the contract with all the right words. I have him on voicemail with a confirmation number and terms of agreement.

They will not answer the phone. Did not follow through. I have exercised my right to cancel within 30 day...

Same complaints as eweb financials. This is the same company under a different name. They call up and say...

didn't do what they were suppose to do.

This company had different answers all the time, we have paid $3, 808.00 into it for basically nothing, still waiting for creditors to turn us into the collectors and ruin our credit. Which that isn't we wanted. The creditors called contiuous and said they would settle, which I thought they were going to figure and amount and pay them monthly and didn't now we are behind, intrest is through the roof. I have done more for myself in 2 weeks then they have in 6 months. I canceled the program waiting for my money hopefully will get it back not sure, have sent a certified letter and faxed cancelation paper. Called them continousally to find out how much we are getting back and we should be intitled to all of it. So, I file this complaint.

They told us that we qulified for a 1200 $ personal loan and that we needed to send 970$ to secure the loan and that I needed to send it western union to charline cambell in kingston jamaica after taling to dale and emily they asured me that it wasnt a scam, after two weeks they stoped returing my phone calls. I wish I had someway to get my money back, my family sure could use that money today please can someone help us

scam and rip off!

We excepted the loan the they offered and the sent the contract to us via email and we faxed it back. Sent...

cancel immediately otherwise they already have your money!

I was contacted by freedom financial and was told they had a great program to re-establish credit. They told me that they would report to the credit bureau every 30 days which is much more then normal.

I was told it would be a visa/mastercard which I could use anywhere. The only thing that I had to do was do a $250.00 "faith money" to show that I did indeed have a open account. I was a bit nervous, but they had a system that stated numbers back to me over a system so I guess I thought it was real. I told them I would not have the money available for 3 days so they were going to withdrawal on the date that I told them.

I was sort of worried because they were very pushy so I thought I could do some research quick before it went thru. Thank god I did that. I was driving home that night and I had a bad feeling so I called one of my major credit card companies to ask some questions. The man told me it sounded like a scam but told me the location the call was made from and I went back online to check and this is what I found!! I cancelled all my credit cards.

I woke up early in the morning to someone calling me again from there to ask if I would be interested and I stated that I had already signed up, but that I would like to cancel and she said I would have to call the customer service line. I called that number and it would not go thru.

I went straight to the bank and closed all accounts. I reported a fraud alert on my credit report. Check thru your bank if they have a identity theft program.

They put me thru to a lady that actually helped me to get them to let me cancel. She made it a conference call and I believe that they were scared about hassling me so they let it drop. Still change all of your info cause once they have any info they can use it. They are not honest people!!! I hope that this may help someone before it is too late. Do this immediately otherwise they already have your money!!!

Freedom Financial Network / Freedom Debt Relief
0
%
Doing nothing would be this company's favorite pastime, if they had the energy for it.