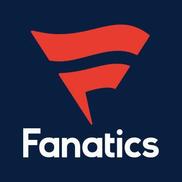 Having problems with Fanatics?

ComplaintsBoard.com is not affiliated, associated, authorized, endorsed by, or in any way officially connected with Fanatics Customer Service. Initial Fanatics complaints should be directed to their team directly. You can find contact details for Fanatics above.

Use this comments board to leave complaints and reviews about Fanatics. Discuss the issues you have had with Fanatics and work with their customer service team to find a resolution.

I'm extremely frustrated with these rediculous emails! I've been trying to get my money returned to my...

Fanatics — order cancelled with no communication

I called today asking for a subsidy of my shipping back from Canada for the shipping as I asked for a quote online and the total came out to about $20CAD ($15USD). When I called, the associate was rude, and kept repeating the same information to me that:

International shipping you guys say will be $8USD ($11CAD), and that since the CAD dollar is 1.33 the USD dollar, the total will be more. I said I understood, but the total he was telling me was $10 less than what I was being charged after the currency was exchanged.

He seemed to misunderstand that I had already done the conversion, and after adding tax, the total would not come to $20, as our tax is only 10% here, not FIFTY. He didn't understand and kept repeating that I had to convert the currency (which I did), then backtracked and said international return shipping is only $8USD if you're outside of the states? Which doesn't make sense because if you're in the states then its not international shipping, it's domestic. So the international shipping charge wouldn't apply. He then went back to parroting that I had to convert and add tax, even after I had told him many times that I already had.

Quite rude, got frustrated with me very early on in the conversation, kept cutting me off and not letting me speak. Overall a bad experience. Incredibly disappointing after the calm and understanding girl I got in the first phone call who let me finish my sentences and listened to what I was saying instead of just talking over me.

On the website the item Men's New England Patriots Nike Olive Salute to Service Sideline Therma Performance Pullover Hoodie advertises 74.99 Sale price which ends tomorrow on 11-17-2018. When I order the product the price jumps back up to 99.99. I talked to someone on Chat and they said it is only for limited sizes. I clicked on other teams with different sizes and it always jumps up to 99.99. If that is the case the sale should say only for these sizes. Right now there is false information on the website. One price says one thing and when your check out it says another thing.

I ordered a product that was suppose to ship within one business day. Now a week has gone by and still...

I ordered a world series jacket a sweatshirt the day after the world series and now they are telling me it'...

I placed an order on Sunday 10/21 and paid for the one day shipping. Since I purchased World Series gear I...

I immediately contacted the Fanatics Customer Service Center via telephone and advised them that they had sent me the wrong item. They advised me that they could approved a return of the wrong item (Broncos Jersey) they sent but I would have to re-order what I originally purchased (VV Boston RedSox Tee). They stated their system would not allow them to do an even exchange.

The problem came when the item I ordered was now out of stock and that my coupon code for $25.00 off could not be refunded nor be credited to my account. Not only did I not receive what I originally ordered but now to get what I originally ordered I would have to pay an additional $25.00 for it because they would not credit the Fanatics gift code I used for their mistake.

All I wanted was to receive the item I purchased and not only did I not receive it, I also have lost my coupon.

It's simply ridiculous. Out of ten items, I ordered only two were shipped because other 8 items were out of stock! It makes me think that they have nothing in their warehouse.
Moreover, the items took one month to arrive, and I live in Florida (it's the state where their company is based, I don't know where their warehouse is though). Anyway, it's too long.
They promised to ship everything within 7-8 business days, but the items are still there!!!
It's crazy! Stay away!

Fanatics — don't use it

Knowing that the shipping and delivery may take a long time, I ordered 3 shirts 2 months before the day I needed them. I spent hours reading about them and thought I did everything right.
I was never so wrong.
The shirts didn't arrive on time. Calling their customer service was an adventure I didn't enjoy, they didn't answer, I was constantly on hold, or if they picked up the phone, they were rude and useless. So the problem has not changed.
I have no idea about my order status and where it is. I wish I could ask them, but they are too arrogant to help their customers.
So here's one more review of a negative experience.

Don't buy anything from this site, it surely has to be shut down as soon as possible, because the way they do...

I placed a Father's Day order on the morning of June9th and was promised it would be delivered within 3 days. I got a confirmation on the order and waited. It never came. On the morning of June 15th when I called, I found out that Fanatics had mistakenly canceled the order while processing and then never notified me. So Fanatics reissued the order [protected]-6498) and promised me it would be overnighted to me and I would receive it by June 16th. I also would get a tracking number in my email. I waited until the evening of the 15th, but never received a tracking number so I called and spoke to Supervisor Consuela who was surly and down right rude. However she told me that my order had AGAIN been mishandled and she was personally pulling it to be sent for overnight delivery . I explained to her that I have a special-needs child and that I cannot go running over to the mall, which is why I was depending on this company for Father's Day. When I did not receive the package the following day and used the CHAT service to check on it. They told me that Consuela had never done any thing and that my package was never sent. That I would have NOTHING for, Father's day AND despite their policy of "going above and beyond" they didn't care they had ruined our holiday, or that they had SCREWED UP multiple times. They threw 10 dollars for me to use on, get this, a future order. I cannot believe the sheer viciousness and ineptitude of this company. I am going on Social Media, I am registering an official complaint with the Attorney General and I will tell EVERYBODY to Never use FANATICS

Back in January I ordered a t-shirt from Fanatics as a present for my boyfriend. When it finally arrived the...

I purchased a shirt from Fanatics and when it finally arrived I was extremely disappointed with my purchase. The shirt looked cheap and was poorly made. It was definitely made in China, so horrible it was. I contacted customer service and asked for a refund, but was told they could not do anything because my account was blocked due to some fraudulent activity. Seriously? Their rep said that they will no longer be doing business with me. So they actually took my money, sent me some garbage and run! Stay away from this dishonest fraud company!

I decided to order a t-shirt from Fanatics because hey had these huge discounts. Well, three weeks passed and...

I have ordered two t-shirts from Fanatics and I am very disappointed with the quality. Material is very cheap...

I ordered a sweater from Fanatics. I wanted a red long sleeve sweater. So I put it in my basket, placed an order and paid about $45 for it. Then I received a confirmation email saying that I paid $30. It was strange, because I was sure I paid $45. Several days later I received an email about my order. Then I realized that I had purchased something else that was cheaper. That was a t-shirt or something like that. I didn't even had that red sweater in my basket. That was so strange, because I didn't even look at any other items except the red long sleeve sweaters. So I had been charged for the wrong order. I wanted to cancel it and reorder my item. I contacted their customer service team and asked for help. I was told sorry your package is already been shipped out. Well, they were not allowing me to cancel my order. They told that my order will be delivered, and it's not their problem that I made a mistake. They said that I bought that t-shirt and I will get it soon. They didn't even listen to what I was trying to say.

Footballfanatics.com — no info about order and seller keeps silence

I ordered some stuff from the website www.footballfanatics.com. After I paid for the jerseys, I waited for any updates or info about my order, but the seller didn’t provide the confirmation email or the tracking number. Also he didn’t communicate with the customers. I sent a lot of emails, but the seller didn’t respond at all. I waited couple of weeks, but nothing. These people are scammers and liars, who take money and provide nothing. Please post your comments about this company.

Fanatics
40
%
This company is on the right track to keep up with incoming complaints, but there's still plenty of work to do.