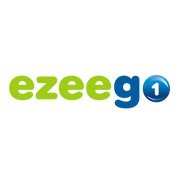 Having problems with Ezeego One Travels & Tours?

Additional money taken and no response

I had send this below complaint by email to ezeego and would have sent several reminders till now. I did not receive any response till date. Calling the customer care is a nightmare. It is an STD call in the first place and it takes about 15 minutes after the call is through to speak to the officer. And again the person puts you on hold very often. And finally they say please send an email and slam the phone down without listening to you. For emails they dont respond. Pathetic service and a high level fraud company I have ever faced in my life.
The email I sent them is as follows.
I had booked a ticket through ezeego from Chennai to Hyderabad . The details are as follows
booking date : 24/11/2007
booking ref no : EZR-[protected]/A
Invoice no : I-[protected]

The ticket was booked for 2 adults and one infant. But when approached the Indigo check in desk I was told that the money for infant ticket was not credited and I paid the fare again. Kindly request you to refund Rs.500/- which I had paid towards the infant ticket.

Whoever is reading this mesasge pelase go to makemytrip.com and book your tickets, they provide best service and they really take care of their custoners

I have booked two tickets thru Ezeego under so called "Ticket pe Ticket" Offer. While booking, the site was displaying the offer for promotional code also. To my surprice, after booking the ticket, the promotional code was not generated. I have written a complaint to their email ID, there was no response from them.

I have been calling their customer care for last thirteen days, but it all went vain. First they hardly lift the telephone. Even they lift the phone they all gave same answer of "You will get the code within 24hrs" every time. But nothing happended sofar. It is very apalling to see the fraudulent companies like this who are cleverly fooling the public. I have talked to them atleast 10 times and no offers any kind of help. When we ask for any contact details Ezeego officials so that we can take up this issue, they simply cut off the phone.

I feel I have been cheated and request the public to take a note and don't waste your hard earned money to cheaters like this.

Not received promised cash back!

I had booked a return ticket on ezeego1.com using my icici bank platinum card during the 50% cash back offer (on 3rd October 2007). The cash back promised to me was Rs. 2399 (50% of the base fare). But, in my credit card statement, I received only Rs. 1200 cash back. I have sent ezeego1.com several mails, submitted web queries on their website but received no response. I have tried calling them hundreds of times on the number mentioned on their website but again received no response.

The same thing has also happened with many of my friends. ezeego1.com does not give the promised cash back and their customer service is the worst. Please avoid using ezeego1.com. They are a big fraud.

I had booked an airline ticket on the site. The site took up my card details and then the screen vanished. I assumed that the booking had not happened. However my card stmt showed that the amount has been deducted from my card. I wrote several emails to them but no reply. I called them an waited till one and half hours but they would just keep the line on hold. I suspect that this is a fraud site.

This is with reference to my tickets booked from New Delhi to Bangalore flight on JetLite (flight no. - S2 121) for 18/11/2007.
The flight departure from delhi was at 7:10 AM and flight arrival at Bangalore was 9:45 AM. My Booking reference is EZR-[protected]/A and PNR number is R5KCV2.

I had booked the tickets on 22nd October 2007 and had made a payment through ICICI credit card amounting to Rs. 3662/-. The same has been debited from my account.

I was sent an e-ticket from their end and when I reached the airport to get my boarding pass. The Jetlite staff brought to my attention that there had been no booking made by ezeego against my name. I came to know about this at 7:00Am with only 10 minutes to go for the flight. As a result, I could not board the flight.

When I tried reaching them over their customer care number, first of all I had to wait well over half an hour to get across to someone. Finally when I did manage to get through, a lady named Bhavya, I brought the issue to her attention. And over the next half an hour, while i was stranded at the airport, Bhavya had no answer to my complaints. Whenever I asked her why were my tickets not booked when the money had been taken or why nobody had cared to inform me. all I got in response was silence and another set of "just hold". She told me that ezeego could book me on an alternate flight at 11:10 AM via Indigo, and would also incur the entire cost of the new flight I told her to call me back at sharp 20 minutes (by 8:20 AM) so that meanwhile could reschedule my commitments in bangalore. she promised and said "I could trust ezeego on the same". But I did not get any call back. For the next 3 hours I was standing outside Airport waiting for a response from you guys and also frantically trying to reach your call center guys. Meanwhile my wife spoke to another of your call center person, Shweta, she assured that i would be given the indigo tickets and would be contacted on my cell within 5 mins. I never received that call also. Then I finally, after another round of 30 minute holding period, managed to reach first Vijeta and then Bhayva. She first said " we are investigating the issue" then she put me on hold. Then she told me that all the tickets booked on Jetlite (booking date: 22nd October) were cancelled as Jetlite had cancelled the flight. then again I was put on hold. After that she told me that everybody had been refunded but why I was not refunded was something she has no idea about as the people responsible for it were on leave for the day. But I could book the tickets with any flight and I would be refunded back in totality". When I asked her to send me a mail stating that the refund would be given she again put me on hold. Then she got back saying she had no authority and could not confirm anything to me and would require 24 hours to give any response on it. She said that I should meanwhile fax her the new ticket that I would be booking. But no assurance on refund.

After that Bhavya called up my wife and told her that Jetlite had cancelled the flight S2 121. When I double checked with Jetlite staff, they assured me and confirmed to me that S2 121 was not cancelled as claimed by Bhavya but was just renamed to S2 231.

At the end of the day, I have no tickets, my money is with them, i have missed my flight, I was stranded at the airport for hours and I am facing embarrassment in front of my business associates. This is a pure case of fraud and I would not take this lying down. I am going to take legal action against them. I would be filing a police complaint for fraud and cheating against their top management. And I would also like to make a special mention about their customer care representatives Shweta and Bhavya in the FIR.

I had booked a cochin-delhi ticket on jetlite do travel on 12th nov 07 worth Rs 5422, It was supposed to be a paper ticket. I did not receieve the ticket even by 11th Nov and i inquired in the Jetlite office at Trivendrum , they informed me that the tkt has been cancelled as ezeeggo did not pay jetlite on time . I've tried to call them, but no response . I havent got any reply for my mails either. I think we will have to approach the consumer court or some other legal forum for justice .

I had booked 3 tickets through ezeego1.com. in names of Sneha Rao , Ritu Singh and Sneha trivedi.

The tickets due to some problem with the ezeego website got generate din twice in my name and once in name of Pushpalata Mandal.

I tried to contact ezeego1 through phone over 500 times but no one responded. I emailed saying that I will take legal action against them to which they replied as follows:

Then assistant manager ezeego 1called me and I explained her the problem. Earlier they said there is problem from my end as the previously booked names are stored and I selected them by mistake . I then sent them the screenshot of the error message and a detailed description of the error to prove that I was not wrong and there was no mistake from my side. Infact there was some goof up with the site.

Neither do they respond to my mail not do they pick up the cal. Also my money is stuck with this site. I want to file a case against them for unnecessarily harassing me.

I had booked one ticket from chandigarh to Mumbai under ICICI credit card cash back offer. Details of the booking are as below

More than one month has passed and also my card's 2'nd statement (After the booking) will come after 4 days, but yet i have received no cash back from ezeego1.com which amounts to almost Rs. 1800.

I have sent them almost 4-5 mails and callled them the same no of times, but nobody replies and no body picks the phone.

Ezeego1 is a fraud company. Please dont book your tickets from them and specially dont get in trap of their offers.

PLEASE BE AWARE OF EZEEGO ONE TOURS AND TRAVELS PVT LTD.

As per the scheme cash back not given.

I have booked a flight in domestic airline with my ICICI Bank gold credit card through Ezeego1 using...

False debit from my credit card!

I tried to book my domestic flight tickets on EZEEGO1.CO.IN site, using my SBI credit Card. However, after...

Ezeego One Travels & Tours
0
%
Doing nothing would be this company's favorite pastime, if they had the energy for it.