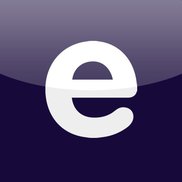 Having problems with Esurance?

ComplaintsBoard.com is not affiliated, associated, authorized, endorsed by, or in any way officially connected with Esurance Customer Service. Initial Esurance complaints should be directed to their team directly. You can find contact details for Esurance above.

Use this comments board to leave complaints and reviews about Esurance. Discuss the issues you have had with Esurance and work with their customer service team to find a resolution.

In an effort to simplify our lives and save a few bucks, my wife switched our vehicle insurance to eSurance in May 2008. I was skeptical-I like to be able to visit an agent in-person if need be-but everything seemed okay at first. Several months later, I was involved in a motorcycle accident. It was the first accident I had ever had, and I'm 45 yrs old. I suffered no injuries, and the damage to the bike was minimal. In fact, under MN state law, this was not even a reportable accident. As it was an old bike I had elected to hold only liability coverage, so no claim was made.

However, the police did come to the scene, ask for proof of insurance, etc - and I gave them my eSurance policy number. This is standard practice, and it appears they wrote a report and submitted it to the state despite the fact that its circumstances did not meet the statutory threshold for reporting. Several months later, I received a letter from the state advising that they had contacted eSurance to verify that I had coverage, and that eSurance had DEINED that I had coverage at the time of the accident. Subsequently, my license to drive was being suspended and the license plates on my bike were revoked and had to be surrendered.

I contacted the state immediately, and told them my story, and faxed them documents that I had, including the binder & credit card records of payments that proved I had paid the amount specified for that coverage. They were satisfied, and said they were familiar with problems of this sort with eSurance. They saw I had a perfect driving record, would have no trouble getting insured, and who in the world drives a motorcycle without insurance to save $60 a year? They said if I secured coverage elsewhere and gave them proof of having done so, they would correct my record.

So, when they were asked to verify motorcycle insurance was in effect, did they tell them that they had sold me a policy from another company - or refer them to that company to verify it was in force? No, they simply denied me.

Incidentally, I cancelled my coverage with eSurance immediately after securing coverage with GEICO - and I actually saved a lot of money switching to them. Two weeks later, I received a letter from eSurance advising me that THEY were canceling my coverage because I HAD A REPORTABLE ACCIDENT & HAD NOT REPORTED IT TO THEM, AND HAD FALSELY claimed to have my motorcycle insured by them. Someone want to tell me why I would have to report an accident to them if I DIDN'T have a policy with them in the first place?

Esurance is an absurd company, seems to cater to those with difficulty getting insurance coverage, and either intentionally obtuse or is just clueless. In any case, I do NOT recommend you ever purchase coverage thru eSurance - and caution anyone who must deal with them or their insured persons related to a claim.

I went to esurance two years ago after another carrier dropped me because of an accident. At first, I thought their rates were fair considering my accident. However, after two years, my rates weren't coming down, but points were coming off my driving record. When I questionsed them, I was informed that they count points for 5 years. I live in CA and in CA, I thought tickets and accidents were only supposed to be held against you for 3 years. So I called other insurance carriers. What I found is several carriers only went back three years and the result was, my new insurance is $1800 a year less than esurance rates!

If you live in CA, have points coming off your driving record, and are insured with esurance, but your rates are not also coming down, check with other carriers, it could save you alot.

I had insurence with Esurance for six month, now I wish I didn't.
I had a ticket that I had taken care of and went to traffic school to have it off my record. To make it short, my point was on because the court had not updated the information so I had to go back to have them correct it. Once they corrected the error and taken off the point, I had contacted esurance to have the extra 100 dollars refounded back to me because that is what I was told when I spoke to a salesmen on the time of purchase. The lady I spoke to had laughed at me and said "oh, not all points are actually off the record, they stay on and that is how mine is". I requested her to look at my driving record again and refused, so I am out of a 100 dollers and lesson learned. NEVER again will sign with them and anyone who ask I tell them not to go with them. I hope they will be out of business ASAP!

The complaint has been investigated and
resolved to the customer's satisfaction
Resolved Esurance — Fraud and cheating company!

I engaged an agent from this company and found that my premium was less than half what progressive and many...

My policy is not even a month in to the renew time and when I called to cancel it they charged me 10% of the...

The complaint has been investigated and
resolved to the customer's satisfaction
Resolved Esurance — Esurance - is a rip-off insurance company!

Senior Esurance employees scan the internet for negative comments about "their" company. These as usually...

An esurance customer collided into my vehicle about a month ago. I was very disappointed in Esurance’s lack of quality in regards to car rental processes. Although I didn't expect to get a vehicle that would replace mine in value, I would have expected to get something that would pay for a vehicle that didn't remind me of the 1970's, pre-automatic anything. Aside from that, I was angry that I would have to sign contracts (which they said was no responsibility of theirs) with the rental company and pay for my own deposit. After communicating my disgust about the poor process, I was told that in the State of Texas, they weren't even required to provide a car. If they so decided, they could give me BUS MONEY and be protected. So for all who are looking for a reputable auto insurance, esurance is not someone to be proud of.

Granted everyone is told to read the fine print. This is wretched.

I am selling my vehicle because I bought another and couldn't find my title. I did a Google search for the Florida DMV and this was at the top. Google is supposed to list the search results in order of the most relevant.

This site was listed first. http://www.dmv.org/fl-florida/department-motor-vehicles.php?source=google

Since the suffix was ".org" I clicked on it.

While I'm searching the page for the Vehicle Title link, I find Automobile insurance. Well how handy this is, I thought.

I needed to supply proof of insurance with in 48 hours of purchase and I hadn't had time to shop.

So, you guessed it I purchased auto insurance from Esurance. What shysters. Once they got my credit card account, they were pulling money out of my account whenever they wanted without notification.

They say they emailed me, which was no true. The only email that was sent was an email with the acknowledgement of receipt of payment. That email made it.

They doubled my rates because they did a credit check and found that I had poor credit and took money out of my account without notification within 7 days. (payment wasn't due for another 21 days) They stated that people with poor credit ratings statistically have filled more claims!! This is horrendous!! It's Profiling and Discrimination. I am not a statistic and I haven't filed a claim in 25 years. That's like saying because all of the prison populations are 80% black and Hispanic, that if I were black or Hispanic that I'm going to commit a crime, so lock me up, now!

I went back to GEICO and will never stray again. They actually base premiums on driving records.

I'm still fighting to keep them out of my account. They are only entitled to $35.00 which is 10 days coverage. Even if they are entitled to the 10% that's only $80.00.
They can only charge me of the accepted rate, now grandfather it back to the original coverage date and extract money from that.

My point is, these people are using the reputation of the Florida State Government to sell insurance! They are wretched people. And the woman on the phone was hostile, belligerent, and threatening!!!!!!!!!! I know the Florida laws and insurance requirements, I live here. I was already covered by GEICO when I called and canceled.

I don't know what else to do but make you aware of this website and their unfair practices.

Esurance
68
%
This company definitely cares about its customers and responds to overwhelming majority of complaints.