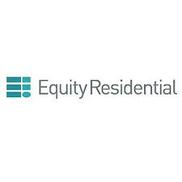 Having problems with Equity Residential?

4 weeks ago, Vantage Hollywood entered my home without notice or consent. Furthermore, they came in, pulled...

The management on site has always been accomodating. However I have an infant and live in a smoke free...

My name is Amika Brown and I currently rent apartment 173 at the Versailles in Woodland Hills. I have lived...

Hi, my name is Javier Figueroa and the reason for this complaint is that in October, 2016 I went to Laguna...

This Business is a ripoff I was living there for 6 years payed in full. every year when I renewal the lee...

i dont think that equity residential does a good job with specifying certain things as far a noisy neighbor...

Heritage ridge by equity residential - this is one of the worst apartments to live in, and the most difficult...

Was told a story by three separate employees over a nine month-period on what would happen if we had to break...

We were living on a 1 bedroom apt for 6 months, my baby got older so we want to move in for a 2 bedroom apt...

Equity Residential (NYSE: EQR), one of the largest publicly traded owners and operators of residential...

I recently moved out of Sheffield Court Apartments after having lived there for over eight years (in three...

I live in unit 166 of carmel terrace apartments managing by equity residentail. I moved in march 6th 2010...

BEWARE!!! I have been living in a building managed by Equity Residential for the past two years and just...

In April 2010, I decided to move to Austin and opted to get out of my lease early. After extensive...

I live in an Equity Residential property in Arlington Virginia. I paid a few minutes before midnight while I...

To whom it may concern, Equity Residential, a national company with 9 properties in the Portland area ha...

When I received the lease expiration notice, I chose not to renew it, and gave them my 30 day notice, moved out. I followed all of the move out procedures, gave them my forwarding address, and turned my keys in on the day that was noted on my 30 day notice. I received my last utility bill at my new address and paid it right away, and thought that everything was taken care of.

Fast forward 6 years to March of 2009, I get an email from a credit monitoring service that I have saying there was a new item posted to my credit report. I log on and find that there is a collections for $56 from 'Fair Collections & Outsourcing'. I called them to find out what it was and they advised me it was from Tanasbourne Terrace from 2003. They advised me that the address that was provided to them by Equity was the address at the apartment at Tansbourne Terrace (the apartment that they are attempting to collect on), and due to the fact that they did not receive the letter back in the mail, they had to assume that it was valid, and reported it to the credit agencies. They were unable to tell me what the $56 charge was for, and offered me zero information on it. When I attempted to ask them questions regarding this, they hung up on me.

I contacted the apartment complex that I lived in 2003, asking them if they had any information. The assistant manager agreed to request the records. Two weeks later she called me back, and told me that she saw a charge on my ledger for $55.89, however the records did not make sense to her, and she was unable to tell me what it was for, and told me to contact their collections department for further information.

The next day I called their collections department, and talked to the rudest woman I have ever spoken to in my life, and she told me that she could give me zero information, and I would have to call their third party collections agency, after explaining to her that I had already called them and they refused to give me any information, and hung up on me, she just kept repeating that she could give me no information. I am not in the process of disputing the item with the credit agencies, and the collection agency itself.

Equity Residential is seriously one of the most unethical companies that I have ever dealt with. They had all of the information necessary to contact me over the last 6 years. I have the same work number, I have the same cell phone number, I even lived in another one of their complex's for a year after I moved out of this one. They sat on this $56 charge for 6 years, and then reported it to the credit agencies, and didnt even bother to give them the forwarding address that I had provided them.

This stupid little collections on my credit report has devastated my credit score, its taken it from 749 down to 671 and made me ineligible to refinance my house!

Equity Residential will seriously ruin your life. I thought that after 6 years they no longer had a hold on me, but if you fall for their trap and move into one of their apartments, they never truly let go of you.

In 2002 I moved into an apartment complex owned by Equity Residential called Tansbourne Terrace in Hillsboro...

My son who has been an Equity Residential Apts tenant for the past two years, was robbed twice in the...

Equity Residential
35
%
Not bad, but could've been way better. This company does respond, but not as often as you'd expect them to.