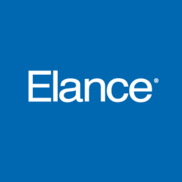 Having problems with Elance?

Elance reviews first appeared on Complaints Board on Sep 20, 2007. The latest review Deceived by Brainstorm Force freelancer from Elance was posted on Nov 23, 2015. The latest complaint Simply horrible was resolved on Feb 08, 2010. Elance has an average consumer rating of 2 stars from 6 reviews. Elance has resolved 2 complaints.

ComplaintsBoard.com is not affiliated, associated, authorized, endorsed by, or in any way officially connected with Elance Customer Service. Initial Elance complaints should be directed to their team directly. You can find contact details for Elance above.

Use this comments board to leave complaints and reviews about Elance. Discuss the issues you have had with Elance and work with their customer service team to find a resolution.

I hired Brainstorm Force in India who was dishonest with me and deceived me. I hired them to help me gain internet presence and rank higher on search engines but I found out that during the time I hired them, I was never listed with any search engines. No one could find me! I didn't pay this freelancer to have no one find me on the internet!! I couldn't believe it. I have proof that I was deceived by this freelancer and had to hire another company outside of Elance to fix this issue which is a big deal. I called Elance and tried to get my money back but their process for refunding my money after funds are released through escrow is nonexistent. Basically, you won't get your money back even if a freelancer deceived you and it was fraud! Even requesting for a refund after a job is closed is pretty much 0%. It is up to the freelancer to refund my money and I'm 100% sure they will not refund my money. Elance has no process for dealing with fraud after escrow is released and since I didn't know much about search engine optimization, I believed the freelancing company I hired. I believed they were doing their job to help me succeed and I believed all their status updates they provided. BIG MISTAKE ON MY PART. I'm just sorry I hired this freelancer and I'm even more sorry that I went through Elance. I want to get my hard earned money back.

Hello ..
Here complaint for Elance service provider. last 2 week my account is suspend due to verification., every day chat support give me excuse like my business partner will be process today like that. but till day he didn't verify the account. every day i was wait for skype call but didnt get ny reply.
So need advise how to take legal process for this company. i have all chat history and mail for it.
Thanks

Elance — Hard Place to Get Paid

Elance.com - A place for freelancer to invest most of their time, and when it is time to get you paid or get the money from Elance they get dumb, or start creating issues. They have even taught or developed their automatic softwares working to create mess only to make it hard to get money from them either if you want to get paid or you are robbed by another freelancer.

They even made a set up of fraudulent even if you and your freelancer are OK to get paid and pay.

Really a big mess for the start ups and a big challange everyday for the regulars. They can do anything after they have money in your hands, even can make you inactive.

Just a gamble place to earn, No safe place for genuine people to earn or get your work done.

Never choose Elance for any requirements if can't play with your time and money.

Elance is a joke if you are looking to provide quality work (and get anything close to a fair wage). For buyers it's even worse. The whole site is chalk full of low-quality providers with glowing resumes and feedback. The thing is the providers make multiple accounts and "trade" projects within the accounts for that very feedback.

Elance turns a blind eye so they can collect their service fees.

Their escrow isn't a real escrow system, the website itself has errors all the time and if you are looking for any type of customer service or support you get a phone answering machine and an email support service that never returns emails.

Elance is by far the worst freelancing site I have ever had the misfortune of working with.

If you ever think of checking it out be sure and READ their 800 page terms of service statement. They are not responsible for ANYTHING. They can come back and take money you made months ago if they want (and they have citing problems and fraud)...even though their system is supposed to prevent these things.

Elance is a joke and a horrible affront to decent business practices.

I wish I had seen all the reports on here and on all these other websites talking about the Elance escrow scam.

Figure I might as well warn people with my example. I see people have posted reports on here already. My story is pretty much the same.

I put a job out on Elance for workers to bid on. I awarded the job to someone I thought was a good bet. They had good feedback, had 4 of what Elance calls 'verified' credentials, and had good test scores.

Well it was horrible. I notice on one test score they scored top 5% on English Spelling and also on vocabulary. Well, their bid was perfect English. After I gave them the job you could barely understand what they were saying.

I put the $750 project cost into Elance Escrow because it said I would be protected.

The provider was horrible. They couldn't follow the project details or even simple instructions. They drug the whole thing out for like 3 weeks before they finally just said they didn't have the expertise to do it.

So it takes me a week and a half to get ahold of Elance before they tell me I have to download this huge word document and fill it in and upload it to the system. Then the worker is supposed to fill out his portion and upload it.

So I do my part. A few days later the worker does his part and he says the same thing I do in the file - agree to refund the escrow money.

After waiting about a week I start calling Elance wondering where my money is. I called for 4 days straight. One day I think I called 14 or 15 times. They never answer and never return my messages. They finally sent me an automated reply to one of my emails about a week or so after I sent it to them.

I was originally told that if the worker agreed to a refund in his report that I would be refunded immediately.

That was now 41 days ago. The money is still in Elance escrow and I have had to file a report with my credit card company for fraud.

And this is the kicker (why I say they lie). I was able to check on 2 of the references he had that Elance said were VERIFIED. They had never heard of the worker.

I've never had this kind of problem with places like Odesk or rentacoder. Problems with a project every now and then but never the company ignoring emails and stealing escrow money.

Wish I had done some research on Elance and their scam before trying them out.

But if one buyer saves himself from being a victim of the Elance scam then I guess this post is worth it.

I have hired a programmers/web designers through Elance, online outsourcing company. I made my choice based on their rating system and the bid received from indian group Synapseindia.

The project is 2 months past due and Synapseindia is unable to correct the functionality although a full payment was made.

Elance investigating team was contacted in order to arbitrate but they have no system of protection for the customers and are less than willing to argue with their "select" providers who provide part of their online fees.

I had a tech team to review an existing site and they immediately pointed out to several issues including security; Synapseindia corrected them only on our request, ignoring the fact that as a "select" provider they are expected to maintain at least basic expertise.

Elance
33
%
Not bad, but could've been way better. This company does respond, but not as often as you'd expect them to.