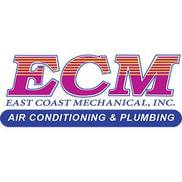 East Coast Mechanical [ECM] — No respect for other motorists

In June 2020 an ECM vehicle damaged my 7 month old SVU causing $3000 in damage. I paid $1000 as my deductible, There is no issue as to liability or damages. As ECM is self insured it has chosen to ignore, stonewall and rebuff all efforts by my insurer (Allstate) to recover my money. I believe that by being this obdurate, ECM has shown itself to be as uninterested in the world as other large companies. Moral: do not go near an ECM vehicle; do not encourage their presence by using the company and not believe anything it says about customer service. If the company can ingore me it will ignore you.

I am a customer of Ecm I've had nothing but trouble with this company I am trying to reach the CEO Jose Rimerez but I am having a difficult time doing that seems like whoever I speak to in parts department or customer service just brushes me off and could care less about my issues they had me wait six months for a part for my refrigerator only to tell me sorry we can't get it I'm waiting now almost 2 weeks for light ballis because the man came with the wrong ones I have no lights in my kitchen I paid for the service and have nothing but head aches and dissatisfaction!! It bothers me that this company gets away with this they charge so much for their services and they treat customers unfairly I would never renew my contract and also tell my friends that also have them and have trouble to not renew next year beware of ecm

Stay away from ECM at all cost!!!
ECM installed a top of the line AC unit in my house that included 10 year warranty. 2 years later the thermostat goes dark. It's one of those sophisticated Lennox iTouch, so I called their service, I was told "parts are under warranty, but labor is not. A diagnostics by our technician is $45"
The guy shows up, within a minute determines is the thermostat is bad. Parts are free, but he wants $250 to replace it + the $45 diagnostics (mind you it's

My wife and I have had a home service contract with East Coast Mechanical (also known as ECM) for a few...

I entered into a service contract with East Coast Mechanical on 07/12/2010. The contract covers labor and parts for all appliances stated in the contract. A week or so later I called East Coast Mechanical for a repair to my refrigerator. The serviceman came and fixed it but said he needed to order a part. Two days later I received a call from a company representative informing me that there would be a charge for the part even though parts are covered under the contract. I told her that I did not want to pay for a part that should be covered under my contract. She told me that unless I did the refrigerator would not be covered any longer. I told her I wanted to cancel the contract and put my request in writing via an Email. On July 29, 2010 I received another call from the company informing me that there would be a 10% cancellation free, the contract would be prorated and that there would be a charge for the service call. I informed the representative that I should not be charged a prorated charge and a service call charge since the prorated charge would mean that the contract was enforced at the time of the service call. In addition I do not believe I should be charge a cancellation fee since East Coast Mechanical breeched the contract by not fulfilling there obligation to provide parts.

East Coast Mechanical [ECM]
17
%
Not bad, but could've been way better. This company does respond, but not as often as you'd expect them to.