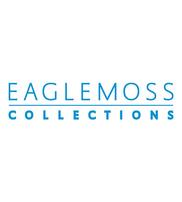 Having problems with Eaglemoss?

I have a premium subscription to the Eaglemoss DC Comics Graphic Novel collection. I am supposed to receive...

I started subscribing for the legends of batman graphic novel collection. In May still awaiting my first 3...

I am a registered customer, ep045566, and although my email address and password are saved to my computer I...

My wife ordered building the delorean for me. I was receiving my magazine and model parts every month. On...

By far this worst online experience i've ever had. I was lied to 3 times by this company. When I ordered my...

I am still waiting for the missing magazines. Starting at number 4, what is going on you are taking 21.96...

Ordered and paid for on 2/11/17. Money gone across from my account. I tried to cancel order by phone on...

star trek / product paid for but not delivered

My cc is cancelled and I would like my refund, please advise on how to get this taken care of.

They have not responded to my emails either

Placed an order online for the first marvel collection figure and magazine. Eaglemoss has taken two payments of around £25 from my card. They do not answer the telephone or even respond to emails. We contacted the italian part and was told it is nothing to do with them. I have to contact uk. Worst costumer service I have ever had in this day and age.

Update: the replied to my email a week ago asking for the details of my order, I replied within a few hours and I am still waiting for any news on my case. This is completely frustrating and I would like to get compensated in any way possible.

Subscriber code k3007226. Subscribed on 19 september and despite several emails complaining that I have not received a single issue they have still taken over £52 from my account in just over 1 month. They have made excuses and false promises - the latest of which promised the first 3 publications be last weekend! And I have no idea what one of the payments is for. At this rate I must be paid up till next year.

Very unhappy and have asked for a full refund. No longer interested in the publication.

I subscribed after buying the first issue from a shop. Heard nothing from them despite emails and telephone...

I have started my collection months ago I believe in april or may, however i'm very displeased with the last...

Subscriber code: lp011742 Subscribed in june. And now just about october. Where is the rest of issues I paid...

payments getting taken which I didn't send

I am writing to formally request a refund from eaglemoss. It should be noted that I have exhausted all other avenues provided by eaglemoss support, and this is the final communication I am making.
In late august of 2016, subscribers received parts for their 3d printer.in this edition, it was advised that we could now by-pass the safety lock and begin printing 3d objects. After two successful prints, I came in to find the print head broken, sheared off.
I was advised that this was due to heat, and the failure to dissipate said heat, and that an additional fan was required. I was then advised by your staff that replacement parts would be forthcoming. And so began my saga with eaglemoss…
As weeks turned to months, I again contacted eaglemoss support (phone support and email) and was assured that the parts were in stock and would be shipped shortly. I did eventually receive some but not all.in january (2017) I made a final attempt to secure the requested part, and even asked for the part name/number so I could order myself from another provider, but to no avail.
In may, I decided enough was enough. September 2016 to may 2017 had been a long wait. After contacting eaglemoss about this issue, 8 months later it was still not resolved. This printer was nothing more than a dead paperweight. I packed up the printer and magazines and posted them back your factory under the sale of goods and supply of services act. It was my view that the goods were not fit for the purpose intended, as per the act, and I am, therefore, within my rights, and entitled to a full refund.
I was contacted by “mischa” who requested that I work with her to get the issue resolved. The printer was under warranty, so the factory would repair and test and post it back to me. I agreed, for the sake of fairness, that perhaps my issue was nothing more than an oversight on behalf of eaglemoss, so I would give it one last try. I advised mischa that I was willing wait no more than 4 weeks. She advised that 4 weeks was more than enough time and that I would receive the printer back in working order.
Email quote form mischa 11 may 2017: “your printer should be fixed within 4 weeks, this might seem like a long time but that is the latest I am expecting it to be fixed by.”
Guess what? It is now over 6 weeks later, I have moved house, and I have not received the printer!
I advised mischa that I was moving property on 21 june 2017 and that would be the latest I was willing to wait.
You are now to keep all the returned property, and provide a refund. As I am left the property on record, I am not in a position to receive any further goods from eaglemoss, and will not be responsible for any goods left at said property.

constant issues with not receiving issues that have been paid for

This is by far the worst company I have ever had the misfortune to deal with. We have been 'receiving' the disney animal world by subscription and I say 'receiving' because it really has been a matter of pot luck. The whole subscription has been plagued by 'printing delays' and we are still missing books from as far back as 5-6 months ago! Not even counting the great many that have been delayed. This really defeats the purpose of the subscription, which is surely to guarantee your books, I could have taken my chances they would be in the shop each week!?! The quality of the 'extras' has been poor, the addition issues, extortionate, the customer service rude and unhelpful. I only wish I had read reviews on this absolute scam of a company before I sunk money into it as no one has a good word to say about them. I will be making sure absolutely no-one I know makes the same mistake.

Problems since before subscription started. 1 subscribed for premium but came out as normal. Emailed and got...

I began collecting this series on 13/04/2015, the problems started almost immediately with missing issue...

Eaglemoss
0
%
Doing nothing would be this company's favorite pastime, if they had the energy for it.