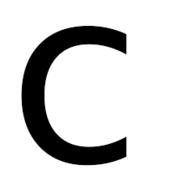 Having problems with Cove Angels / DoodleLitters.com?

I purchased our beloved double doodle from Cove Angels in December 2015 for my husband because he took the loss of our previous doodle so hard. I explained to Kerry on the phone that my intention was to purchase that day and to bring the puppy home as she only had one left. Upon arriving at her home I informed her how our previous doodle had passed away from intestinal lymphoma. She brought in a very young puppy, not the one I was there for, and really tried to push that puppy on me. I kept telling her that the puppy was very cute but I was there to bring the other one she told me about home because it was old enough to go to a forever home. She kept insisting that the young puppy would be a better choice! After about a half an hour I insisted that I see the one that I came to get. They finally brought her into me and she was exactly what I was looking for. just a month and a half after her fourth birthday we had to put her down due to complications from chemo therapy for lymphoma! Now when I think back about how she tried to push that other puppy on me I often wonder if there was something that she knew in regards to the bloodlines of our precious double doodle.

My husband and I drove three hours for a scheduled appt, made several days beforehand. When we arrived there was noone on the premises. We had called 30 minutes beforehand to say, to a man that answered, that we ran into traffic but would be there shortly. After waiting and knocking and no one answering the door, I called the number again. I explained we had an appt and had driven threehours in traffic to get there and noone was there.The gentleman rudely dismissed me and said I was not in his appt book. He explained he was kerry's father and was in Rhode Island and had not taken any such message. I said i talked with a guy who had repeated all my information. He said he knew "nothing about it and it must've been Michael". He kept giving me an attitude and was extremely demeaning and rude. I again repeated how we had just driven three hours through boston traffic to be at our scheduled appt and I found his attitude very troubling..he then said well why dont you just get in your car and drive back three hours and hung up on me.
I am pretty grateful this whole disturbing conversation took place because we were seriously considering paying the very expensive price of $ $2231.25
I would hope that future doodle owners would be extremely cautious of such an operation and find another breeder who would treat their clients with respect rather than abuse.

I am severely disappointed in the lack of professionalism and irresponsibility this breeder has shown. Kerry Angell, of Cove Angels, is breeding Goldendoodles that have a genetic disorder and she does not alert buyers that their puppy may suffer from a congenital deformity. I paid $2, 200 for a Goldendoodle from one of her litters in June of 2014 and within 6 weeks I noticed an issue with the puppy's eye. I took him to two Veterinarians who diagnosed a problem called Nictatating Membrane Cartilage. This genetic deformity requires surgical correction and costs over $2, 000, with no guarantee the problem will be completely resolved . When I notified Kerry about the eye deformity and that it is likely to be passed on to other puppies through her breeding business, she denied that my puppy came from Cove Angels. I was shocked - I have the paperwork and the canceled check to prove that he was purchased from one of her litters. Please be forewarned - Kerry of Cove Angels is knowingly passing on a genetic disorder through her breeding business and charging top dollar for puppies who initially appear to be healthy, but may suffer from inherited physical problems as they become older. She runs a dishonest and unhealthy practice.

Cove Angels / DoodleLitters.com
0
%
Doing nothing would be this company's favorite pastime, if they had the energy for it.