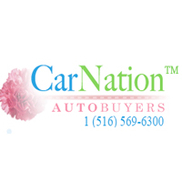 Having problems with CarNation Autobuyers, Inc.?

I wish that I had a better rating for this company, Joseph started off to be a pleasure to work with. We purchased a car on an online auction that was stated to be in good working order, and the engine was functioning properly. When the car was received, it had a noticeable shake while driving. We took the vehicle to try to get it inspected and they advised cylinder 5 had a misfire and the thermostat was faulty. After replacing all coils and plugs, and a new thermostat, which we split payment with Joseph, it was still misfiring. We learned that the cylinder was bad and would need either a valve replacement or a new head, estimating 2k-4k in repairs if complete engine was needed. I asked that he either buy the car back or pay for the repairs since the engine issues were not noted upfront. Joseph advised I needed to "take responsibility for my actions for buying a car at auction that MAY need some repairs", although it was not stated or sold that way. After advising that I would file a complaint if he couldn't resolve this, he stated that if I slandered his name or company in any way, he would "sue my face off." He stated that he had a lot of money, and would make me regret the day I met him. Shortly after, he emailed me that he wanted to make this right, so I removed my negative feed back in hopes of a positive outcome. After sending the car to Joseph's choice of repair places, he ordered the parts for repair, however, never sent them to the mechanic. He then asked me to remit payment in full for the parts and repair to him and he would pay the mechanic directly. I contacted the mechanic who advised he only needed 2 injectors, instead of the 6 I was being asked to pay for. After the injectors were replaced, this mechanic stated the same as the previous one, that either the valves needed to be replaced or the head. A costly job. Joseph promised in multiple emails to make it right and that he would pay for the repairs. Repairs completed, and guess who paid 2500.00 for an engine rebuild??? And lost the $500 deposit that he stated he would refund and not dispute? Me! Joseph even went as far as to brag about how much money he had and sent me a picture of his bank account figures. But would not pay the for the repairs for the car he sold and misrepresented. By far the worst person I have ever dealt with, the rudest most pompous person I have ever dealt with. Please check all cars before purchase, or better yet, please buy somewhere else.

Carnationautobuyers.com — Worst company i have ever dealt with

Worst company i have ever dealt with.owner joesph wirtz quoted me a price on a car, i made babysitting arrangements and for someone to come pick me up.called him to tell him i was on my way, and he LIED and said i never put the year of the car in my quote request, yet he still sent the quote.(meanwhile the year of car is a required field in the quote process)so now he wouldnt honor the quote.when i explained that i had made arrangements to come<he cursed me out and threatened to "take care of me and my family because he knew my address."mr wirtz is a very unprofessional, childish little man who isnt stable enough to be dealing with the public.better off selling your car to the taliban, theyre nicer.

CarNation Autobuyers, Inc.
Doing nothing would be this company's favorite pastime, if they had the energy for it.