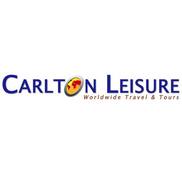 Email I sent to Carlton Leisure:

We have been using Carlton Leisure for many years to buy our tickets, however, recently I have had some very poor customer service and understand that I am being taken advantage of and charged fees and fare changes wrongfully, which I believe to be false and fraudulent.

I had purchased a ticket from Mr Vivek from Carlton Leisure for a return ticket from London to Colombo, departing on 6th December 2018 and returning on 27th December 2018, for this ticket which was informed as normal economy I was charged £685, this was a peak season ticket considering it was the Christmas holidays.
I then requested to change the ticket from 27th December 2018 to 22nd January 2019 as I was unable to travel. The ticket I initially bought had a condition whereby I am able to change dates for free (no admin fee), however, when I asked to change the ticket I was told that my class (normal economy) was not available and that only the next class up is available and that the fare difference is £180. As it was last minute and if I didn't change the date I would lose my money, I had to pay to change my ticket. However, I want to understand how when I have paid for a peak season ticket, I had to pay £180 fare difference for an off peak season flight which had a large number of occupancy available?

Again, I am unable to travel for the 22nd of January 2018 due to my situation, I tried to call Mr Vivek on several occasions and messaged in many times to change my ticket, he was not reachable, when I called the Carlton Leisure office, I was told that I had to speak to Mr Vivek if I am to change my ticket. I have bought the ticket from Carlton Leisure, a travel company, not from an individual person, hence I do not understand why I can only speak with him? My daughter had to call the office on the 19th January 2018, where initially they were reluctant on taking the call, and told her to speak with Mr Vivek who will only available on Monday (in 2 days time), however, my flight is on that night, how can we wait? But then after she informed them she needs to make a change, gave in and said they will see what they can do.

I spoke with Mr Mayur, a travel consultant at Carlton Leisure, who was unable to tell me anything about flight change to the 22nd January, apparently, I have to speak with Mr Vivek about it on Monday 21st Jan, when my flight is on that night. Again, I am astonished by the fact that he was unable to tell me information on the ticket, when I have purchased from Carlton Leisure.

I was told by Mr Mayur that if I wanted to change my ticket for the 25th of February 2019, I have to pay £125 penalty (which I am happy to pay, as I know this) and £141 for fare change. When I enquired that I had changed my fare and moved a class up, he said he doesn't have any information on that and he can't speak to it, and that I can only speak with Mr Vivek. Mr Mayur states that I had initially booked a ticket for T class for 27th December and now to change, my initial class or the class I paid £180 for is unavailable (he is not able to tell me what class that is, but I have to pay more), and now that I have to pay £141 extra for Q class. I asked to send this in writing, and he was very reluctant to provide this in writing, I enquired why, unless it's not true he does not have to worry about providing it in writing. After 2 phone calls, he sent me a vague email which some information of what he discussed.

I am happy to pay the £125 penalty, but I need in written confirmation, what class I initially paid for, what class I was then transferred to for the price of £180 and now what class I will receive for £141 + penalty. I want to understand why I am having to pay £1131 for a flight which is costly half the price on (clearly available) on your website.

I searched four tickets for china (London Heathrow to Shangai and returing from Beijing to London Heathorw in April 2019) on Skyscanner and after price comparison, I was diverted to Carlton Leisure. I tried to buy these 4 tickets but there was no baggage included in the price. I tried to buy the baggage but it will only allow me to add baggage to all passengers or no baggage. I wanted to add baggage for two passengers so I contacted Carlton to ask this question. I got through to an agent called "Ted" who forced me to buy tickets on the phone rather than online. He added baggage for two passengers and also managed to take extra £100 to make these tickets refundable. He asked me to pay on the phone and while holding, check the names and email him back to confirm that I am happy with the tickets. I paid him and also emailed him after I checked that names were spelled correctly. He issued me tickets and I found out that he issued me return tickets to Shangai, rather than return from Beijing. I contacted him but he refused to accept his mistake and charged me extra £585 to amend the tickets. I ended up paying £685 extra to Carlton compared to the price quoted by the Skyscanner and Ted did all this for his commission.

I booked a flight to south america with a friend as part of my university degree to do some elective work. My friend became unwell and cannot attend we tried to get a refund which...

Carlton Leisure
0
%
Doing nothing would be this company's favorite pastime, if they had the energy for it.