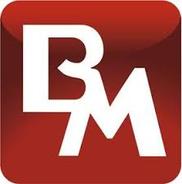 ComplaintsBoard.com is not affiliated, associated, authorized, endorsed by, or in any way officially connected with Brault et Martineau Grand Magasin.

Ordered furniture in july. Have since been given 4 dates for arrival and promises to arrive with no follow...

Worst customer service ever! I bought a television that had a defect in it the moment I set it up. I've been...

My wife and I bought an LG refrigerator and LG dishwasher from Brault et Martineau store at 125 Boulevard...

The company is selling poor products to customer and not fulfilling there service as committed.

- I complained the company about same on 4th March.
They make big promises but when it comes to fulfill same, they failed badly.
- After multiple Follow ups and calls, they sent one technician to check the recliner, apparently motor was broken.So he took the motor.
- It took a month for them to file a report and get the motor, they told me that they got the motor on 12th of April( which I dont believe )
- Since that day I am calling, Mailing but no one yet came to fix the Sofa.

it wa 2700$ amount which seems to be wastage now. I am using broken sofa without any hope of getting it fixed and yet paying monthly installment. Next step is to file a case in consumer court and get some justice.

Order #: i214984 Firstly this is not the first time dealing with poor customer service from this particular...

I bought a HI SENSE frig/freezer at BM inApril and it was held for me till July. My salesman convinced me to buy this new make as it was comparable to Samsung and the "up and coming" brand. Since the very beginning, the freezer has not been working. I call BM and was told to call HI SENSE. After repeated phone calls and 3 service calls, the last repairman said it could not be repaired and I would be getting a new appliance. Today another call with an appointment to bring the parts again. After trying HI SEnse and getting nowhere, I called the service department at BM and spoke to the manager. He flatly refused to do anything.So what's the point of buying from a company that does NOT stand by it's products.

This company robs its consumers. They sell overpriced, poor quality furniture and do not hold true to their...

Brault et Martineau Grand Magasin
13
%
There is some slight activity coming from this company when it comes down to resolving complaints, but so far it's neither timely, nor relevant.