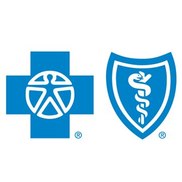 staffed to bill, but not staffed to provide us with the services paid for.

My company recently changed insurance providers to blue cross and blue shield of michigan. As requested by...

my leg is falling off..

We just received (each adult in the house got a separate one) a huge heavy envelope full of unwanted paper advertising which claimed that we had requested. I see this as an attempt to bludgeon us into accepting this unwanted service. We would like to protest the killing of trees for this specious purpose.

I was in a bad car wreck and the accident was not my fault. I was hit head on by the on comming car. They said the hit was compared to hitting a tree at 110 miles and hour. I have alot of injuries and my health insurance is refusing to pay alot of my bills. Wal-mat blue cross blue shield of alabama says it is not covered by my health insurance I have thru wal-mart. Yes I am a wal-mart employee. I have been fighting with them over this and they are still refusing to pay these bills. Remember I am a wal-mart employee and I they do not pay well at all. On top of all this I can not pay these bills my-co-pay is 20% but I am getting bills for over $1,000.00's of dollars because they refuse to pay my bills and when I go to the doctor I am forced to pay or they will not see me I have to put this on my credit cards and now I owe thousands of dollars because of this!! I need help and I need it fast!! They have also told me several lies on why they do not pay the bills and says it is not covered by the policy and there is nothing in the policy on this at all what am I to do.

I got a quote over the phone for health insurance for $185 per month and was told that I had to pay for 2...

I just recently had my braces removed. It was tough having them as an adult, but when I was a kid, even though I needed them, we couldn't afford them.

As an adult, working a good job, making decent money, I was able to afford them. My dental insurance was through premera blue cross.

The insurance plan for the company I worked for had an orthodontics benefit with a maximum of $1500 paid out. The way it worked for insurance was there was an initial fee of $250 from the orthodontist for when the braces were put on my teeth, followed by a $50 charge each month for an adjustment.

The $250 initial charge was covered by insurance no problem. The first $50 monthly charge was also covered, no problem. Then the second month, I received a statement saying the $50 charge had been denied due to me reaching the maximum benefit amount.in what world does 250 + 50 = 1500? I called them and they apologized, and corrected the error.

Two months later, the charge was again denied for the same reason. Once again I called them and they apologized and fixed it. The next month, again denied, same reason. This happened every couple of months over the course of two years. About every other month on average, they'd deny the claim saying i'd reached my maximum benefit and each time i'd have to call them to correct the issue. Each time the person I talked to would say the same thing "I don't know why it denied your claim. We'll fix it." but obviously they weren't fixing the root problem.

Now to me, this doesn't seem like a mistake. Once or twice would be a mistake. This seems more like a policy. Why would they do such a thing? I don't know. My guess would be that a certain percentage of people simply pay the bill rather than call the insurance company and argue with them about it. If that's the case, then this would clearly be a case of fraud.

Or maybe their system is just so screwy that they can't add simple numbers like 250 and 50. Admittedly this could have been much worse with them completely refusing to pay the claim even after I called. But still, I know most insurance companies are reluctant to pay out. After all, they're not a charitable organization; profit is their primary goal. The repeated denials just make me very suspicious of the way this company does business.

Blue Cross Blue Shield Association [BCBSA]
0
%
Doing nothing would be this company's favorite pastime, if they had the energy for it.