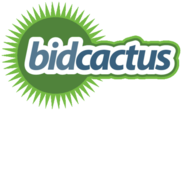 ComplaintsBoard.com is not affiliated, associated, authorized, endorsed by, or in any way officially connected with BidCactus Customer Service. Initial BidCactus complaints should be directed to their team directly. You can find contact details for BidCactus above.

Use this comments board to leave complaints and reviews about BidCactus . Discuss the issues you have had with BidCactus and work with their customer service team to find a resolution.

I have ordered something from BidCactus website and they never deliver my order and stole my money. I was in contact with them for a long time but there was nothing I could do. They said I'll get my money back but were not sure how long will it take. They gave me nothing but empty promises and asked me to be more patient. Several weeks later they went out of business with all my money. I tried to contact the new owners but they said that they are not responsible for what BidCactus did.

I purchased bids to win items at this auction.Have not received any items nor have I received the refund in which this company stated they would after I complained and demanded a refund through Paypal. This was during the 45 day time period in which paypal will give you a refund..After that I decided to call and Jamie and Kip both were emailing me saying they had a back log of orders.That my items will be sent. However when I tried calling the "customer service" line wasn't even available in the morning between the hours they said would be open. I wish I can take them to court or something lost over $500.00 and haven't received one item I purchased.

The complaint has been investigated and
resolved to the customer's satisfaction
Resolved Bidcactus.com — Online SCAMS

It started by I answered an ad on Criagslist for a Apple 4gs cell phone. My wife also answered the ad and got...

So i signed up as others on here and bought a bid pack for $37.50 and started on my bidding. So after about 45 minutes i had lost the bids on this pennyauction site. I am not sure if I was doing it wrong but I liked it. So I bought another bid cactus bundle and this time a 100 bids. Well an hour later I lost this money, except I won a 30 dollar item. So I decided to learn and watch and the more I learned and watched I wondered if this was real, Was this site doing bots or shillbiders, Which I learned about on www.pennyauctionwatch.com ... So I decided to research Penny auctions and read on penny auction watch and saw lots of companies that are so called doing this.

So I decided to bid on the small items and went and bought more bids and began bidding on bid packs, which i was successful, but hit my limit. So I Waited a day and started again and won nothing but another bid pack. Now I have spent hours hours over the past 3 weeks reading up on this stuff and again when I found more information on www.pennyauctionwatch.com about other sites It got me wondering. I see Bidcactus on there being advertised so they must be good right? You would think so if they are on penny auction watch.

Why I am losing so much on bidcactus why is it that I can only win bidpacks and yet on Penny Auction watch it says that they can be trusted or at least they advertise for them. Then I find this site and see hundreds of complaints and yet penny auction watch bad mouths so many other sites. Are they the same owners? What are they doing advertising for this site Why is there nothing on penny auction watch about bidcactus.com or about the complaints and they have so many complaints, Maybe bidcactus has bots or whatever they have going, but like others on this site, I cant win anything and I am in this over 400 bucks!!!

I don't recommend bidcactus and lost my trust and I don't trust penny auction watch either, I think they are the same, and after reading all the complaints and that they are Ernst and young rated, Hell I don't even know what that is, but penny auction watch and Bidcactus sure think it means something cause hundreds or thousands of people like me cant win S--T on this site, but yet they sure do promote them.

I was excited to try this auction site however, after spending $37.50 I only had 50 chances to play, that is if someone did not out bid me. Once that would happen the clock added 10 more seconds for someone else to out bid me or another. When someone would win, do they realize that it is not just costing them the final price but the cost of each bid placed at 75 each time

So the auction site made $678.00 off of this bid from all people that bid and the losers have to pay and not get anything in return.

Another example with a you tube video

This is an auction site for people who have the extra money to throw away and all the time on they hands.

The Auction sites taking advantage of peoples hard earned money. I paid for and expensive class. To learn this lesson and to save people from falling into a trap. ESPECIALLY COMPULSIVE SPENDERS AND GAMBLERS.

Thank my gut instinct I only spent the minimum $22.50 for my first and last experience with the site. This site is completely false advertising, online gambling they should call it, NOT AN AUCTION. At .75 cents per bid add that up on a $100 gift card won for $10 say, good deal right. They just made $750 add it up.. For every dollar of bid amount that's $75, so every $10 is $750. THATS how they make their profits. I highly doubt their statement that they do not use bots. Anyways that's my opinion of the site, huge waste of money and time. Every last second someone else will bid up and add 15 seconds or so to the clock. This goes on endlessly yet one user kept winning over and over? Either that person is really lucky, bot, or paid friend of company worker spoof bidder..

It only took me $20.00 to learn that this site, and many others like it, are not really an auction site. What I saw was my bids being outbid every time I bid. But once I stopped, everything would stop. I also found the same names bidding on everything available. I started thinking "why would someone bid on everything here at the same time?" Good question. I also did my bidding in the dead of night when less people would be bidding also. I should have won something!<br />
I remember when I first started checking out this website. I wondered how can a business sell other peoples' products for so cheap and still make money? If something is too good to be true, it most likely is, right? Correct.<br />
If they do sell something for "cheap" it is because they made the money for that item and you got lucky...real lucky.<br />
With all the scams out there on the web, and with many computer geeks out there in the world too, I can see someone sitting around, inventing an auction website program that does the bidding for the auctions - it doesn't even have to have a person sitting there bidding on things...the computer does it all! And they rake in the bucks at .75 cents a click! This can add up to be a substantial amount of money to say the least! Especially when no products are shipped! Nothing needs to be shipped to a computer doing the bidding. My advice - stick to Ebay.

The complaint has been investigated and
resolved to the customer's satisfaction
Resolved Bidcactus.com — BAD business practice/Misleading auction site/Scam

The website is a scam. The auction time will increase indefinitely until everyone stops bidding; however...

Stay away Joe!! This auction site is a total scam. The same names magically win everything, even when you are right there on the bid button. Somehow, there are players who have enough bid points to bid continually for over 3 hours without stopping. Always staying on top. The bids reach over $40.00. That would mean someone would have over 1500 bid stockpiled if not more. This might suggest a bogus party or perhaps not even a person at all. The whole concept of penny auctions is fun. It is just a shame there are ones such as BidCatus that turn potential players away from all the auctions. Who knows maybe there is a reputable one out there!! Stay away from BIDCACTUS...THE LITTLE GUY ON THE HOME PAGE IS CUTE...BUT DON'T FORGET, CACTUS PLANTS HAVE THOSE NASTY LITTLE THORNS. IRONIC ISN'T IT!! BUT NOT FUNNY.

The complaint has been investigated and
resolved to the customer's satisfaction
Resolved Bidcactus — Auction site is a con!!

BidCactus
58
%
This company definitely cares about its customers and responds to overwhelming majority of complaints.