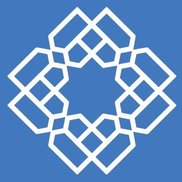 Having problems with Bellacor?

ComplaintsBoard.com is not affiliated, associated, authorized, endorsed by, or in any way officially connected with Bellacor Customer Service. Initial Bellacor complaints should be directed to their team directly. You can find contact details for Bellacor above.

Use this comments board to leave complaints and reviews about Bellacor. Discuss the issues you have had with Bellacor and work with their customer service team to find a resolution.

I only received on panel of a set of draperies. My packing list even says Curtain Panel Set of Two. I only received one panel in one package. When I called customer service they were very rude and said I had to wait for 3-5 days for someone to contact me regarding the order. Three days later I call back and as to speak to a manager and again customer service agent was extremely rude. Both agents spoke so fast you could barley make out what they were saying. I was told I would have to wait 1-2 more days for a manager to contact me regarding my order.

I received a damaged and defective side table, Top table doesn't fit on the metal frame, can not even be assembled so I contacted bellacor customer service, they are so very rude, even I sent the photos they told me they are unable to located the photos I sent they can't help me and refused return. So I had to contact paypay for help for my return. Also Bellacor over priced, after I returned the damaged side table yesterday I found the same C table on wayfair is only $80!!! Never buy from Bellacor.com Wasted money and time.

I've purchased a table from Bellacor and it took them a long time to deliver. And when my table finally arrived it was damaged. I wanted to get a refund so I contacted Bellacor and spoke to one of their reps. He said they were not able to refund my money but promised I'll get another table. Weeks passed and there was nothing. I emailed again but this time they did not bother to reply. Their phone number also did not work.

I had bought a lamp from this company on Aug 26 it was suppose to at my house in 3 days it never came so i cancelled the order but was told i had to call back the following monday for a refund. I called company 12 different times got 4 different people all who say they are managers. Everyone of them had a different story as to how and when i would get a refund. All of a sudden after the order was cancelled and they told me they had no information as to when the lamp was to be be shipped out the next day it arrived. I called Bellacor they said in 24 to 48 hours i would have a prepaid shipping label sent to return the lamp it never came i called every day after that got a different person each time all stories regarding this were not consistant with one another, So the next thing i know they are telling me it would take over a week and a half so by this point i had went off on these people, they could care less as a matter a fact i was in a shouting match with this so called manager( African American ) woman for a better word. She was talking over me the entire time i was raising cane about this. She never heard a word i said. So i hung up on her. I called pay pal filed a complaint and opened a claim against this company. so another week rock on and Paypal nor i received any info from this company about me getting my money back needless to say a prepaid shipping label. So on the 12th which is today i had to call pay pal back because the seller had until today to refund me and all of a sudden they said they would in 30 days. Well i looked up Bellacor Complaints and found several sites of multiple complaints very similar to mine. The saw where they had shipped out items with bed bugs in them, then where people would pay to ship their items back with ins incl and not only did they lose their money Bellacor kept the items. This company lies badly they are customer service oriented what so ever. I called pay pal back asked them to review the complaints on Bellacor they got back with me and refunded my money that instant. Just so you know Bellacor eventually will tell you that you have to pay for return shipping and incl insurance and then you have to pay a 25% restocking fee. Then they have all these stipulations on the box itself, its unreal what they do. So this company is AWFUL never buy from them read all the complaints on this company and believe what you read it is all true. DO NOT BUY FROM THEM YOU WILL LITERALLY HAVE TO FIGHT LIKE HELL TO GET YOUR MONEY BACK!!!

I purchased a media chest on 8/15/15. The media chest arrived with 3 broken pieces. The product is manufactured in Vietnam and they are nailing the wood too close to the edge which results in splitting the wood. I contacted the company and sent pictures of the damage. I requested an exchange or partial refund. No response. Now get this. I received a request from the company to review the product. I wrote up the review and their response was “My review was being mediated. Our staff has read your review and values your contribution even though it did not meet all our website guidelines. Thanks for sharing, and we hope to publish next time! “What a joke, they only want good reviews. Avoid this company.

I ordered a rug from Bellacor.Wonderful folks when ordering. However, when the rug arrived with the fringe...

Bellacor — No refund on order cancellation

Placed order on 16th, cancelled on 17th. They charged my account on the 17th and have not refunded my money. Phone called placed to them to a very rude and unfriendly customer service representative who said they could not refund my money until they have received word from the manufacturer that the order was cancelled. Makes no sense, why did they even place the order. They had made no effort to follow up on my refund and will not make refund at this time. Bad, bad customer service

I ordered a pot rack from them in December 2008 for a Christmas present. The item did not say it was on back order. After an email in January I was told the item was on backorder and would be a bit. I decided to wait a bit. I continued to get a periodic email about still being on back order.
Finally, got another in May and then emailed them back that I wanted to cancel the order.
they ignored the cancellation, and within 2 weeks I get a notification of shippment.

I'm leary of accepting delivery because of what they put in their email
Once your item(s) arrives, please take a moment to inspect the product for damage. Bellacor does its best to ensure that the item arrives in good condition. However some damage may occur during transit. Any damage should be reported with 24 hours of receipt.


If your order arrives via truck carrier, please inspect the order for damage and verify the quantity received against what is indicated as being delivered, prior to signing. Once you have signed for the shipment, you are indicating that the product has been received in satisfactory condition. Any damage should be noted on the paperwork before signing. Failure to report damage reduces our ability to file a claim for the damage and could affect credit on your order.


If you need to return your order for any reason, please contact Bellacor for a Return Authorization Number and instructions before it is sent back. All items must be returned to:


Item refused at the time of delivery may not be eligible for credit if you do not follow these guidelines.


UPS is not going to let me open the package.

This company sucks. 6 months later they ship out a product I ordered for Christmas of 2008??? What is with that. If I didn't threaten to cancel it would still be on hold.

I ordered 2 Kichler mirrors for a bathroom remodel. One was damaged. I contacted Bellacor and they shipped a new mirror. We were out of town when the new mirror was delivered by UPS. The following day UPS returned to pick up the damaged mirror but instead they picked up the new mirror. This was May 29 and we were still out of town. I have been trying ever since to get Bellacor to send back the replacement mirror. They accused me of lying until I sent them photos of the box we still have with the UPS tracking number of the original shipment on it. Do not do business with this company.

Bellacor
33
%
Not bad, but could've been way better. This company does respond, but not as often as you'd expect them to.