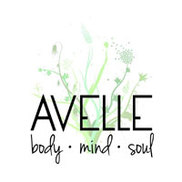 Having problems with Avelle?

Today 1/18/2010 FOUR MONTHS after I sent it in and TWO WEEKS after it supposedly shipped. I FINALLY RECEIVED MY BAG THAT AVELLE "PROFESSIONALLY" CLEANED AND I"M LIVID. My bag has some white residue on the leather, the cleaning agent they used for the interior seems to have smeared the print. And there is sticky stuff on the handle. I will now have to re-clean the bag I waited for four months and paid $100 to have cleaned for me.

Four months ago exactly on 9/18/2010, I sent my 3yr old Gucci bag to be cleaned. I was excited to learn that there was a company that finally offered that service because it seems that none exist. Within a few days I receieved an email stating that they received my bag and gave me an estimated completion date of 11/15/2010. Two months seemed like a long time for a bag cleaning but since it was already there I didn't have much of a choice.

Long story short, by 11/30/2010, two weeks after the estimated completion date, I had not heard one more word about my bag. I called SIX times in the month of Decemeber, each time someone apologized for having a delay in the warehouse and promised to return my call within a few days to give me a status update. Those six times I NEVER received a call back as promised. By this point I was extremely frustrated and I pretty much concluded they'd lost my bag. To my surprise, the finally called on 1/6/2011 and told me that my bag was finished and had been shipped. I was so thrilled I would finally get one of my favorite bags back I didn't raise much of a fuss about the long wait and terrible service.

All this wait and frustration to receive my bag in poor condition. Please do not waste your time or money with this company. You will not be happy with your results.

I just received Louis Vuitton bucket purse back from Avelle and it looks exactly the same as before I sent it...

Avelle
50
%
This company is on the right track to keep up with incoming complaints, but there's still plenty of work to do.