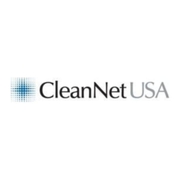 Having problems with CleanNet USA?

My husband purchase a small franchise from clean net. We worked with horrible management and under bid...

I been working for cleannet every since October 30, 2017. As a subcontractor. Cleannet haven't pay our company yet. They always talking about paperwork in process. It been a month for cleannet to compete paperwork. It a lack of communication it a non stop headaches. They do bad business, my company still waiting to get a check from this company. Peoples please do your research.

Had a franchise with Clean Net for over 7 years. I never received an increase, didn't get paid for any kind...

Be aware. This is not a legitimate franchise opportunity. CleanNet keeps all contracts in their name...

Working as a sub-contractor for Cleannet USA has been the worst experience ever. They hold checks for no good reasons whatsover. The latest hold was over a change of cleaner paperwork that had nothing to do with our company. Suppose to be paid on the 12th every month it is now the 17th and still no check. I am no longer working with Cleannet USA it is a terrible nasty company!

under bidding on cleaning services

They Under bid on cleaning services just to fill your contract. It takes 6 months to get the first client for...

I bought franchise from cleannet usa. I hope start new futures.. Seller guy ed lugo... He is best until...

I bought into franchise with Clean Net several years ago I bought a $120, 000 worth of business each month. I...

Please beware of cleannet usa in maryland they are a scam. They tell you they are going to give you business but never do. We invested a about 20, 000dollars in the business with the promise of being provided cleaning jobs in march 2008. A week or two later we were asked to attend a class for the business. Later cleaning products were given to us around april, 2008. For over 6months we had not been given any jobs so we called the company about the issue. They said it was in the contract they had about 8months to provide jobs. They then started giving foolish minor jobs some the hours needed to do and the amount they were willing to pay meant we'll be making less than minimum wage.
We declined and they counted it as haven given us work.

One account was given which we started and after 2 weeks they said owners of the business said some monies had been stolen so we have to stop. Meanwhile the same day cleannet awarded contract to another franchisee without giving us the chance to investigate. Later they said they have found the culprit but still didn't want us to do the job. Meanwhile their own contract says there have to be warning before terminating the contract.

A second job that was given us was going smoothly till they started demanding more things meaning working below minimum wage to that also came to a halt. The third account which we worked on after two months they claimed the business said they didn't want our services without any prior warning.

Even when you work for them it takes about a month for you to be paid. So if you have to hire someone to bo the job you have to pay from your own pocket so beware!!!

Right now they are telling us they have provided all the the accounts they needed to provide us meanwhile they were suppose to have given us contracts worth about 8000dollars each month. We have only received less than 2000dollars and they claim the contract is over. Its been a headache working with them. They lie a lot so don't believe whatever they tell you. Certainly don't invest a large amount like we did because you will regret dealing with them.

Cleannet of new england, specifically mr paul oliveira who is president, are nothing more than greedy racist...

CleanNet USA
0
%
Doing nothing would be this company's favorite pastime, if they had the energy for it.