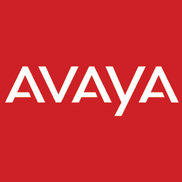 Having problems with Avaya?

Dears, We "Orkila Holding" are a regional chemical distribution company in the Middle East and Africa...

Upon calling Avaya Support i was transferred no less than 4 times each time the department said they we not responsible for the product. I called the support line had a rep calling all these people for 2 hours and still could not find the responsible group. The Lack of training on Avaya's part is aweful. I asked for a supervisor who simply said sorry you are waiting so long and still couldnt get the right group engaged to resolve a simple issue.

I was only trying to use there own admin web site to change a users email address. this couldn't be resolved in over 2 hours on the phone. Simply ridiculous Avaya you should be ashamed.


Anas Khan is, without a doubt, a terrible recruiter! If anyone ever has the misfortune of dealing with this patently inept and transparently incompetent recruiter, proceed at your peril;


His recruitment and candidate selection practices are inherently discriminatory, biased and arbitrary;


He continuously ‘filters’ candidates based on past experiences with the candidate (ie. if you were deemed unfit for a role previously, you will be denied further consideration for other opportunities); this goes against Avaya’s own equality polices & guidelines given that: (i) – every opportunity is a different one; and (ii) – Avaya encourages candidates to reapply if a suitable opportunity doesn’t transpire;


He is incredibly arrogant, disrespectful, snide and even arguably quite racist, xenophobic and homophobic towards candidates that he doesn’t seem to have a liking for;


He is immensely lacking in basic courtesy and general etiquette (ie. doesn’t return calls/e-mails, fails to follow-up with feedback, gets annoyed when pushed for a status update, etc);


He is a complete and utter disservice to not only to the hiring managers that he deals with but also to Avaya and its customers, partners and shareholders given that he is allowing his prejudiced views pass over candidates with genuine talent and potential instead opting to move forward candidates that he feels would be an appropriate fit;


Think these invectives are from a disgruntled individual? Think again. Check out all the negative reviews about him on Glassdoor, e-Boss Watch, Vault, Salary and various career sites dating back a while;


If anyone doesn’t want to initiate a formal complaint in fear of possible reprisal (eg. if applying for other opportunities, your complaints about this recruiter might impact your candidacy), then the best is to proceed with an anonymous complaint to the Avaya Board of Directors, Majority Shareholders, Customers and Executives; it would be completely pointless to raise this with the Head of HR or Recruiting (they will do nothing about this), but instead direct such grievances to the executive brass who will pass it down the chain for further investigation.

After becoming the CEO of a credit union, I discovered we have been paying Avaya for 2 years for maintenance of telephone equipment we have not had. (We changed out our telephone system during the term of the previous CEO.) I attempted to cancel the contract and was told it had been automatically renewed and we would have to pay early termination fees of about $600. Furthermore, I have been unsuccessful in obtaining a copy of the underlying contract or convincing the call center that they should release us from the contract in the interests of goodwill and good business practices. They have been totally inflexible. This is just bad business.

My company has been a customer of Avaya for probably 2 decades. We have had a contract to provide maintenance...

Avaya
0
%
Doing nothing would be this company's favorite pastime, if they had the energy for it.