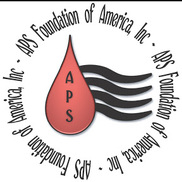 Having problems with APS Foundation of America / APSFA?

ComplaintsBoard.com is not affiliated, associated, authorized, endorsed by, or in any way officially connected with APS Foundation of America / APSFA.

The complaint has been investigated and
resolved to the customer's satisfaction
Resolved APS Foundation of America — deceptive or improper fundraising practices?

If the people who feel that they were SCAMMED by the APS Foundation of America fundraising please click on...

The complaint has been investigated and
resolved to the customer's satisfaction
Resolved Tina M. Pohlman/ President of the APS Foundation — tina m. pohlman is cyberbullying a 16 year old disabled girl named candy waters.

Ms. Tina Pohlman from La Crosse, WI who is the President, Executive Director, Co-Founder of the APS...

I have had the worst experience with tuna pohlman. A friend of mine had a birthday party and lots of money...

Their support forum is nothing close to support. Alternative treatment options are put down by the...

APS Foundation of America / APSFA
100
%
This... this rating shouldn't even be possible. Not every mother cares about her own children how this company cares about their customers. Perfect!