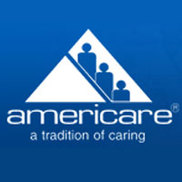 Having problems with Americare, Inc.?

ComplaintsBoard.com is not affiliated, associated, authorized, endorsed by, or in any way officially connected with Americare, Inc. Customer Service. Initial Americare, Inc. complaints should be directed to their team directly. You can find contact details for Americare, Inc. above.

Use this comments board to leave complaints and reviews about Americare, Inc.. Discuss the issues you have had with Americare, Inc. and work with their customer service team to find a resolution.

Americare — Con artist on the job

Having a problem with a home health aide that was working with my dissable son with wilson disease, we met him thru an agency call americare located in coney island, ny, he started working with my son 8 hrs a day 5 days a week, but then we put in for 24 hrs because my son is not able to do anything for himself and i work full time as a bus driver. I own a 2 story house i live on the 2th fl. And my son on the 1st. Fl apt with a 3 bedrooms, i rent 1 and the other was vacant at the time the hha was working with my son, i mention to him that i needed to rent this vacant room, he said he want to look at it, and i show him the room, he said he was interested in renting it and that it would be convenience for him since we were going to get live in service with his agency soon.

Well, in a matter of 2 weeks or so, he moved in, he paid me $500.00 for the first month, then in a short while we got accepted for livein service which the agency asked him if he was interested, he told them no, then when his rent was due, he told me that he did not have money to pay me now, and that he was applying for another job, i told him, another job? What you mean? The agency offer you work and you denied it, knowing you had to pay rent, well he said that they told him it was temporary until they find residential placement for my son, now he’s with out work and was living for free in my house, after several times me asking for the rent money, which was annoying to him, he stayed in a girlfriend’s house until this date, but refuse to take his belongings and to give me my keys back, its be 3 months and there’s no way of contacting him, because his cell is on and off temporarily disconnected and when is in service he does not answer. I spoken to several people and police and they said i need to take him to landlord and tenants court, but i dont have the money to get a lawyer since it cost from $3, 000.00 and up. This man does not a lease, he never reported to his job he move here, he did not change his address in the post office he has no proof he lives here other then the keys to the room and stuff he has inside room.. I really need help with this matter. If someone can help me or have any suggestions, please write me.

Americare, Inc.
Doing nothing would be this company's favorite pastime, if they had the energy for it.