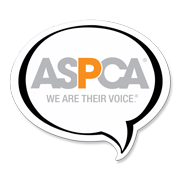 American Society For The Prevention Of Cruelty To Animals [ASPCA]

Having problems with American Society For The Prevention Of Cruelty To Animals [ASPCA]?

Called ASPCA Poison control [protected] at 10:45 pm on 5/28/2020 because the emergency vet told us to contact them to make sure my mothers dog was going to be okay. After waiting 15 mins on there automated phone service a lady asked us the weight the height and type of dog we had and then asked what happened, My mother told them she was taking her medication and dropped one from her table and her dog Bella tried to eat it but my mother got to it before she could crunch on it. Bella started acting a little funny so she called me and we rushed her to ER, Blue Pearl Animal Hospital (Highly Recommend them). After Explaining to the lady what had happened she wanted my moms credit card info to charge her 75.00 to find out if the dog needed medical attention. These people are Extorting those in emergency situations. These bottom feeders preying on people in need are the (ASPCA Animal Poison Control Center) and they say they care about animal what a joke! We googled it after being told they would not help unless we paid them 75.00. At least google had our backs.

On 19 august 2018 810pm our puppy injested prescription gabapentin and tramadol by accident. We immediately...

American Society For The Prevention Of Cruelty To Animals [ASPCA] — Commercials

The ASPCA has commercials on nearly channel and they are running every day. If they spent all that money on...

Aspca.org — The money still was in process and no one replied to my emails

I decided to donate money for animal protection. I wired money to the company www.aspca.org. It was two weeks ago, but my money was still pending. I have no idea why money still hasn’t been transferred. I tried to contact the customer services, but it was busy all the time. No one responded to my messages and emails. I wonder if there are people, who faced the same problems.

o my sister has a beautiful pug his me is Brisco he is very sick and has kiney Problems..we took him to the...

I have been a client of the ASPCA Petshealth Care Insurance Company for over 11 years. I recently submitted claims on behalf of my Li'l Girl, totaling approx. $3000.00, The 1st claim totaling $1400.00 was reimbursed for a total of $300.00. A previous claim of $320.00 was reimbursed for $75.00. I am awaiting the process of the otherclaims, but do not hold much hope on the 80% reimbursement as stated on their policy. I will be lucky to get 25% reimbursement.

Sadly, my Li'l Girl passed away recently, at the age of 18. I miss her very much, and I wish we were still together. My claim problems started with this company when Li'l Girl was jumping around like a kitten, and appeared to be doing really well. But sadly, theClaims dilemma continued and continues, when she took a turn for the worse, and then sadly passed. It is a shame that such a dreadful Pet Insurance Company exists, as I would like to grieve without having to deal with them anymore, but I feel more strongly than ever, that I have to help get the word out to others regarding the deplorable behavior of this company.

I am writing to Warn others to stay away from this Pet Insurance Company. And if you are an existing member, cancel your Policy, and shop elsewhere. There are many Fine Pet Insurance Companies out there. You never know how good any Company is until you have a claim, or an issue. You can pay Premiums for Years, and think you are with a Reputable company, until one day when you need to file a claim. Get out now before it is too late.

The ASPCA Petshealth Care Insurance Company will process your claim, and take 6 weeks to do so. And then when you Appeal their decision, they will deny you in 2 Days, as they did me. They have many exclusions in their policy, in addition to the following Despicable Exclusion. There is a 180 Day Pre-Existing Condition Exclusion Rule, which also applies to Renewals of existing policies. This means that if your cat has an illness on June 30, and your policy Renews on July 1st, you and your Beloved Pet will NOT be covered under this 180 Day Exclusion Rule. There are many sad stories where an owner found themselves not covered, and could not afford treatment which would have saved their Pet's life. Or people going into debt because they thought they would be reimbursed, only to find out that this company pays maybe 20-25% of a claim if your lucky. This is most likely due to the Hartville Group being a Penny Stock, and the CEO's want to grab as much of your premiums as possible, so they can buy their Yachts, and Fancy Cars and Houses. No doubt, that these Executives are getting 'Filthy Rich' off off the Illnesses, Accidents, and sometimes, though very sad, the passing of your Beloved ones...

What is deplorable is that when you submit a claim for procedures done by your Vet, the Petshealth Care Plan will twist, turn and manipulate the reasons for the procedures, so they fit their many exclusions, when in reality, the Vet ordered the procedures for an entirely different reason, which would have been covered under the policy. When there is a benefit of a doubt, this company will NOT find in your favor.

They promise emails, and callbacks, etc but you will never receive them. When asked, The Hartville Group will say that the ASPCA has nothing to do with them regarding theInsurance, yet the ASPCA name is plastered all over the website, in addition to all claim forms. I asked for the Executive contacts emails of the ASPCA, but James the representative of Hartville Group would not give them to me. I asked for the Consumer Affairs and Better Business Bureau contacts in Ohio, BUT James refused to give them to me. This tool promised to contact me, but never did.

I did the research myself regarding the information I needed, and have contacted the ASPCA and Hartville Group. I am awaiting responses. The ASPCA is overwhelmed with complaints about theirInsurance, and I hope they change.

It is a shame that the ASPCA endorses such a Deplorable Pet Insurance Plan that the Hartville Group is in charge of. The ASPCA does many good things for animals, which are very commendable.

The ASPCA stands for the Best regarding standing up and having a Voice for those who do not, BUT The ASPCA Petshealth Care Insurance Plan Administered by The Hartville Group is the total opposite. The Welfare of your Beloved Pet is at the bottom of their list. In fact, they most likely re-choice when they have to pay for euthanasia, as your Pet will not be a burden to them anymore. But then on the other hand, the Hartville Group is probably saddened by the loss of your pet, because they will not be able to collect any morePremiums. After all, they don't pay much of any of the claims anyway.

Li'l Girl is not with me anymore, and on behalf of her, I just want to warn others to stay away from this Abominable Pet Insurance Company.

I feel that Pet Owners should carry Pet Insurance for their beloved pets, just as they do for their children, BUT shop around, and NEVER Purchase Pet Insurance with the ASPCA endorsement on it, or with the Hartville Group name on it. Don't let the poor values and business practices of this company make you not trust other PetInsurance companies.

The ASPCA is supposed to protect the animals.

Tha ASPCA killed OREO the dog thrown who was beaten by his owner and thrown from a rooftop in Brooklyn, NY.

DON'T SUPPORT THIS ORGANIZATION that KILLS instead of saves animals!!!

I emailed a complaint of possible animal cruelty to the ASPCA in NYC as per the information provided on their website as stated below, I did get one response that they take it seriously, and would send an 'investigator' to check.
I still observed what appeared to be still possible animal cruelty and made another complaint, again via email and never received a reply, a few months later, I made one more and they replied back with a statement stating that to report a complaint I would have to call to file a complaint.

To say the least its apparent that they( ASPCA) have become extremely lazy in not accepting my online complaint, even though there website says that I could make the complaint, they totally disregarded it, instead of following up and just emailing it to the right person to investigate.

Where do I Report Animal Cruelty?

In NYC: Cruelty situations involving animals in New York City should be reported to the ASPCA’s Humane Law Enforcement department at [protected], ext. 4450, or [protected]@aspca.org.

My dog swallowed some claritin and I was really concerned about her. She's a big dog but she'...

American Society For The Prevention Of Cruelty To Animals [ASPCA]
30
%
Not bad, but could've been way better. This company does respond, but not as often as you'd expect them to.