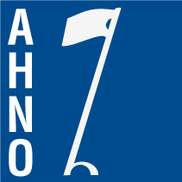 Having problems with American Hole 'n One?

I kind of agree with the not gambling aspect of the contests . . but . .this is NO Great company they have...

American Hole in One Insurance scam is the simple fact that they have been overcharging practically double...

American Hole in One Insurance Complaints against is that they run a scam against the American public using...

This company is the king of scams they promote their product as insurance, they sell gambling, then fail to...

American Hole 'n One
50
%
This company is on the right track to keep up with incoming complaints, but there's still plenty of work to do.