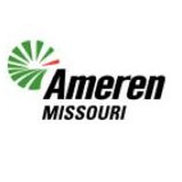 Having problems with Ameren Corporation?

305 N 9th street columbia mo, your employee wanted to come inside with NO mask on. I offered him one and he refused. We had to let him in because we don't know how to restart pilot lights. We masked up and went in a separate room while he did the stuff. SHAME ON U, there is a pandemic out there and u want to send them into our homes with NO MASKS?????

I am Landlord # [protected] in Collinsville Illiinois. I have a subsiding underground condition under an entrance drive to 25 townhouses that is getting larger. Approximately 2 years ago or less new main gas lines were installed using directional boring from across Skyline View Dr. into my complex at 101/125 skyline view drive, 62234. It now appears that the bore possibly pierced the water line in the ROW, cased a gradual erosion that now is a cavity and dropping and leaving a hole that is getting bigger. After filing 2 concerns with the Landlord division it appears that no interest is given to attempt a solution and i keep filling the hole, placing barricades, etc. to prevent auto damage or injury. Even my discussion by phone with a representative at the site was interrupted by his having a phone call and dropped interest and he or others did nothing. Haven't heard anything to date. I am most disappointed after having a most lively discussion with a member of your support team whom gave a comment that it was a weekend and all are gone and nothing can be done. I suggest Ameren meet with city of collinsville at site and explore as it must be fixed due to such traffic. I would appreciate some concern about this situation.

One year ago utility lines were placed in my front yard. HDD solutions was the company burying them They caused a water seepage problem and after a tear still have not addressed the problem. I know Ameren claims no responsibility but should be able to get the company to do something about this issue.They talk with me but then ignore my problem. There has remained a constant water seepage and mud area in my front yard since they dug. My address is 13512 Pine Wood Trail St. Louis Mo 63128

On August 17, 2019, Ameren was called by my tenant located at 6550 Los Cimas, Florissant, MO 63033. The call was the result of a service technician from Vitt Heating and Cooling coming to the residence to fix a non-functioning HVAC unit.
The determination by Ameren was that of the 2-120 volt lines coming into the home, only one line was truly 120 volts, while the other line only allowed 40 volts. This caused the electric panel to not allow proper voltages to the numerous components in the home to function properly. This problem had been occurring for several days prior to the point where the issues became overwhelming to the tenant.
The service call from Vitt Heating and Cooling was due to an interruption in power caused by Ameren Electic lines. This service call then presented a cost to me, the owner of the home, in the amount of $129.00. Therefore, I would like Ameren to reimburse me for the $129.00 due to the negligence or inadvertent power changes by the fluctuation of the incoming electric service. I have an Invoice from Vitt Heating and Cooling, #5841970 and have included it as a part of this request for reimbursement. Bill Weiss, owner of S & B Property Group, LLC, 11469 Olive Street Rd., #164, St. Louis, MO 63141. Please respond with a check made out to the company name above and please also send me a response to [protected]@gmail.com. Thank you!

My electric bill was fine and up to date and my electric increased dramatically which caused me to get behind...

abuse of power by a monopoly

Ameren Corporation
0
%
Doing nothing would be this company's favorite pastime, if they had the energy for it.