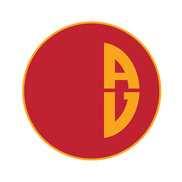 Having problems with Amazing Vouchers?

ComplaintsBoard.com is not affiliated, associated, authorized, endorsed by, or in any way officially connected with Amazing Vouchers Customer Service. Initial Amazing Vouchers complaints should be directed to their team directly. You can find contact details for Amazing Vouchers above.

Use this comments board to leave complaints and reviews about Amazing Vouchers. Discuss the issues you have had with Amazing Vouchers and work with their customer service team to find a resolution.

This is all fraud I did not agree to anything but the deduct my money for years and years without my concern...

Good day, I got a call from someone at Amazing Vouchers around August 2018. The conversation went well and...

I am a client with amazing vouchers since 2009, I had a great experience with them until last year when I...

Amazing Vouchers — Debit orders going off of my account after canceling.

I applied for a contract with amazing vouchers in November 2016. They told me there is a five day grace...

I received a call on the 7th june 2017 from a lady by the name Phumza from Amazing vouchers in Century...

Please cancel my account with you I hve never used any of your vouchers and I dont need them. My bank account...

My name is Nokuthula Patience Mkucane from Masiphumelele, Fish Hoek.

An amazing voucher agent from their call center, contacted me selling a voucher. I declined their offer, but to my surprise Amazing Voucher company is deducting money from my bank account. On the 25 August 2016 and 25 September 2016, an amount of R99.00 and R75.00 monthly was deducted from my Capitec account number: [protected].

Kindly refund me, as I have never authorised these debits. My contact details are as follows: [protected]

Amazing Vouchers — Cancellation after being misled

I was helped by a ver unproffesional supervisor by the name of Dimtri Macdonald, he sounded more upset than...

For the past 12 months I have been trying to cancel my membership with Amazing vouchers, however it is still deducting money.

I have called several times, sent countless emails, but no one ever really assists me with the only request I have, which is to cancel.

I joined them in 2013, and for the past 2 and half years have been paying R299 every monthly via debit order for a service I have never used, and when I do try and book their accommodation (amazing vacations) which is part of my membership, they are always booked, Iv tried to books weeks and months in advance, but they never get back to as to when they can accommodate me.

I have tried to use some of the vouchers in the past, but they are not accepted at the places they advertise!

I just want to cancel my membership with them, I want no explanation or further discounts, I am just not interested.

The last person I spoke to regarding the matter was a guy called Henrick, who promised to send me a confirmation of cancellation, im still waiting for it a year later.

Iv tried to stop the debit order at my bank, however they 1 month passed and the debited on the second on, so that didn't help.

I have considered changing banks, however this is already an expensive inconvenience and having to inform all my debit orders will be quite a lengthy process which to be honest id rather not do.

Good day This is Mrs M Neels, I would like to cancel my membership with immediate effect. I was contacted last week Fryday 13/11/2015 and joined of which I still haven't received my membership details. I went on the website and review only to find bad complaint and unhappy clients. Please c I don't want this and want nothing to do with Amazing Voucher. Regards Mrs m Neels

Amazing Vouchers — False marketing and not allowing you to cancel

Dear Sir or Madam I would like to ask for your advice, I received a phone call from an Amazing...

I agreed to the amazing vouchers subscription. I was told it is a month to month subscription & i could...

I have joined Amazing vouchers in 2009 but after one month realized that for the money they are charging nothing of value was offered to the client. Now in 2013 they are still debiting my banking account with different amounts so it makes it very difficult to load a stop payment at my bank. I see that there are a lot of similar complaints about this company but it seems to no avail. How can the NCR allows this to continue? This is bluntly theft! Can somebody please assist the thousands of people that are being robbed daily. I have never used one of their vouchers!

A lady phoned me up very early one morning selling the Amazing Voucher deal, making everything sound really Amazing. I agreed to it, but thought about it later and realised I cannot afford it. I sent a fax to cancel 2 days later. Conveniently, they never received it. I cannot find my copy of the letter either as proof. I havent used a single voucher or even accessed their website, but they are trying to force me to pay!

Hi amaizing vouchers sweet talked me to took acontract with them and i redeemed my vouchers only to te told...

I went on to amazing vouchers thinking it is such a great thing to have, but I suppose we all get fooled one way or another through some sales person!! I have phoned them about 20 times to cancel my account and all I get is I have to phone in a few months as I am on a 6month basis!!! Now I am seriously not impressed and I feel the level of competency needs to be reviewed!!! I went into the bank a few months ago to cancel that debit order and still money is going off my account for Amazing Vouchers!! Please cancel this today and if I get another deduction I will take this further!!
Thank you very much

I joined Amazing vouchers in 2010, to which they sounded very promising on the bargains at hand. Upon joining no one told me that there were a 3 month cancelation policy. Also was told that they would post me a membership card to use for the redeem of vouchers.
I never received a card and have requested soooo many times for them to send me one...emails and phone calls still nothing.
Then when i decided to cancel they simply ignored my emails and requests. Only when I kept on phoning and phoning with screaming matches...they told me that there is a 3 month cancellation policy.
I have to pay another 3 months of this ### for something I can't even use properly.
I think the idea of the whole thing is great but not planned properly. 3 months is out of the question but to get these buggers off my account and away from my money, I paid and made them send me a letter to confirm when last payment will be deducted.
I WILL NOT RECOMMEND AMAZING VOUCHERS TO ANYONE EVERY AGAIN.
I have now explained to all others I have previously told about this amazing company to CANCEL as they are a load of bolloks...scam...rubbish.

Amazing Vouchers
39
%
This company is on the right track to keep up with incoming complaints, but there's still plenty of work to do.