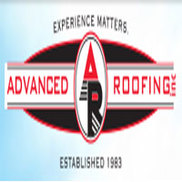 Having problems with Advanced Roofing?

ComplaintsBoard.com is not affiliated, associated, authorized, endorsed by, or in any way officially connected with Advanced Roofing Customer Service. Initial Advanced Roofing complaints should be directed to their team directly. You can find contact details for Advanced Roofing above.

Use this comments board to leave complaints and reviews about Advanced Roofing. Discuss the issues you have had with Advanced Roofing and work with their customer service team to find a resolution.

How many of you have ever had your roof replaced? Lot's of us have, I am one of them. I was looking to have my roof redid and seen an Ad on Fox50 tv and called the number. I sales rep. came to the house and we worked up a deal to get the roof done. It was a metal roof that we decided to have put on our home. The cost of this roof was 22, 000.00 at the start. But, if we put one of their signs in our yard for 6 months, it would only cost us 16, 000. We had the roof put on and ever since the first rain, IT'S LEAKED! I have called them and they have came out twice to repair it. It didnt work! I called once and was told that I needed to make a copy of my paperwork and send it to them so they could see if I had a guarantee that held them responsible for fixing this problem. The leak is mainly coming from my skylites and i was told that there would be no problems with them leaking when the roof was installed. Now i am being told that they need to replace them and they want me to pay for the skylites and they will install them free. I agreed with that. Then just last week i was told by the installer that they ordered the wrong ones and that they were told this and that they were suppose to send them back and reorder the right ones. Well this never happened. He advised me that they told him that they would cost more. He told me that he would have to build something around the skylites and they still wanted me to pay for the wrong skylites and i let him know that i was not going to play for anything. It was their responsibility to get it fixed and make things right. Channel (fox 50) needs to know what kind of companies they are working with and how I would neverrrrrrr everrrrr advise anyone to buy from this company. It's taken them 2 weeks each time to get back with me and everytime they do, its the installer that calls me. I can never reach anyone but the call station when i do call. The ceiling in my home is damaged and everytime it rains, i need to put buckets on the floor to catch the water. The ceiling has water stains and its a popcorn ceiling and the paint and parts of the ceiling are slowly coming down with each rain fall. I would love for someone like ( 7 on yourside) to contact me and come see what i'm talking about. Its a shame that people have to go through this with companies.They have their money and they dont care what happens after that. HELPPPPPPP!!! contact me at [protected]@yahoo.com

Advanced Roofing
100
%
This... this rating shouldn't even be possible. Not every mother cares about her own children how this company cares about their customers. Perfect!