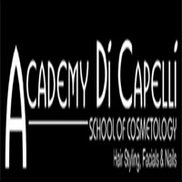 Having problems with Academy Di Capelli?

Been going for over a year now, and other than Ms. J, Mr. Jon, and Ms. Trish I believe they need a serious change in instructors. The ones I listed above are very helpful and truly have the student's best interest at heart. For the others, however, I am not so sure. There is way too much drama in the school and is really making some students feel uncomfortable because it is not between students; it I between instructors with other instructors and some even with instructors with students. Other than that, the only owner out of the three of them that is always at school is Brad. I'm almost positive that had I ran into the other two outside of school, they would have no clue who I was. Christine seems very nice but I don't understand how owners can have no part of their business and take the word of others who do not have the students best interest at heart. As for Michelle, I couldn't say how she is because I have only seen her twice ad whenever she is in school she doesn't bother trying to make eye contact with any of us.

Academy Di Capelli
100
%
This... this rating shouldn't even be possible. Not every mother cares about her own children how this company cares about their customers. Perfect!