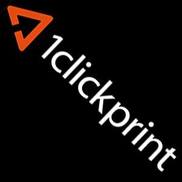 Worst customer service I have ever come across, not a hint of concern that I was having a problem with their service.
Due to problems with them being unable to access the images I uploaded, I had to upload them 3 times in total (483 images). I had to chase them up to find out where my prints were each time, only to be told that again they had a problem with them. On the final time of uploading I was told they were with "pre press" where they were for 5 days despite me asking them to put some priority on my order.
In all it took from the 26th June until the 21st July before I received my order.
The print quality is mediocre to say the least, & after I "centred" each photo I got back 15 with peoples heads cut off or limbs missing. I also ordered six 7x5 prints & received 2!!!
If you are thinking of getting prints by these people then can I say that there are other printing services around, and I advise you to use them!

I ordered two pictures 16 by 20, the first one out of the box was great but the second one was crushed, it...

What high quality do they talk about in their ads? I didn't notice it. I needed them to print a picture of...

Their delivery service is extremely slow and there is no way to cancel order and get a refund! I would not recommend this company 1clickprint to anyone, they will give you nothing but headache.
I made my order in mid October and just received my order. I was supposed to get it till Christmas! I am very disappointed that I did not read the reviews and used this terrible service, they are the worst company I have ever deal with!

almost a month and still no delivery

In July I have ordered a canvas from www.1clickprint.com. It was written on the website that the delivery...

still no delivery and I can't cancel the order

Avoid the company www.1clickprint.com. I bought 2 canvas and phot blocks from them, but I placed the order 3...

they failed to deliver my order

I sent photos to the website www.1clickprint.com and asked to print them out and made canvas from one of the photos. I got the reply that my order would be ready within 10 working days. After that I heard only fake promises about the delivery and that’s all. Blah-blah and they ruined the present, which I wanted to give to my husband birthday. They are unreliable and unprofessional, so please stay away from them and post comments.

they didn't deliver order and their tracking number was useless

I ordered large print from www.1clickprint.com. I got tracking number, and it was really easy to track my...

1ClickPrint
0
%
Doing nothing would be this company's favorite pastime, if they had the energy for it.