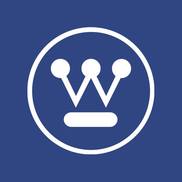 Having problems with Westinghouse Electric?

ComplaintsBoard.com is not affiliated, associated, authorized, endorsed by, or in any way officially connected with Westinghouse Electric.

I have a 26" westinghouse lcd tv. its about 11months old. recently the tv just stopped working. it would turn on for a split second and shut off. afetr reading some of these reviews it doesnt seem like im the only person with this problem. i called westinghouse customer service and got nothing but attitude from all of the service representitives that i spoke with (which was proably about ten or so different people) i told them my issue with the tv and they were very unwilling to help me out because the tv was technically "out of manufactures warranty". when i realized i was getting no help from any of these people i asked to speak to a supervisor. the woman i was speaking to proceeded to tell me there was a 24-72 hr waiting queue to speak to some above her position. I asked her to put me on the list anyways. after waiting two days i finally got a call from a supervisor. this person was more helpful then anyone else i had talked to. he agreed to extend the warranty because im sure he realizes im not the only person with this problem. he then told me i would be emaiuled the send back process, but would not recieve it for up to 48 hours. to recieve an email?! this place is horrible customer service!! i sent the tv out after recieving the email. that was about 2 weeks ago. i just called today to check on my order and was told it could be another 2 weeks before i heard anything about the status of my "replacement" i have to say if i had the extra 500$ to spend i would have gone out and just bought a new tv, and NOT WESTINGHOUSE. hopefully i have better luck with the tv they send me(if i ever get it) needless to say im very upset with westinghouse and how theyve handled my issue. i will never do buisness with them again.

The complaint has been investigated and
resolved to the customer's satisfaction
Resolved Westinghouse LCD TV (SK-32H240S — no picture, only sound

In November of 2010 we bought a westinghouse vr-4085-df tv from Target. Little did we know the tv would only...

i bought ask-32h640g about 8 months ago and 2 months ago the screen went blank but power light was green...

I'm complainin about distribution company in İstanbul in Turkey. I purchased a Westinghouse LG 08D5...

With an LCD tv in warrnty, First Westinghouse tried everything to get out of sending me the return auth...

I purchased a 32 inch LCD tv in September of 08. By December, the picture was going out with little red dots all over. I called Customer Support and was told it was under warranty. They would send me A rma number and I could return it. Well they recieved it 5 weeks ago and suprise, I still do not have a tv. I have been told a number of different things. all lies from what I can tell at this point. It appears their "Customer Support" is an outsourced third party company. This is probably why they will not release Corporate phone numbers. If you look however, they can be found. I called corporate and was told my TV would ship in 2 days. We will see. I will NEVER buy another Westinghouse electronic!

The complaint has been investigated and
resolved to the customer's satisfaction
Resolved Westinghouse SK-42H240S — tv quit working, 6 months after warranty period.

I've got this TV only for about one and half year, then all of a sudden it won't turn on, only the led will light up but no screen or sound, phone the corporate office, they said it's out of warranty and the only thing they can do is sell me the parts at 50% discount, but I have to find someone to install it at my expense. My last TV last over 20 years with no problem ! This is really unacceptable, they should at least cover the cost of parts if not labour !

Bought a 24" monitor and absolutely loved it until one day it would not turn on. 11 months into 12 month warranty so I shipped it to CA, my expense, about $70. I called weeks later and they "did not have it in theiur system." I had to prove it was delivered Oct 3rd. Good thing I had my tracking number. It is now 11/10 and I still don't have it back, but they say it is shipped.

Couldn't get them to call me, or e-mail even after they acknowledged the monitor was received and not processed for many weeks. I always had to call them. When I first called, they told me to call back in a week to find out the status. When they finally processed it they refused express ship it. I still don't have it back but I expect to receive it this week. The last customer service guy I talked to, after listening to my complaints of bad service, did go out of his way to call and leave a message with a tracking number. Other than his effort, their customer service it beyond terrible. My RMA number, if anyone at Westinghouse cares: 40012365CU. They have all my contact info and I would be amazed at this point if anyone actaully contacted me, or even cares.

I purchased a Westinghouse TV in December and the picture died in July. AFter several phone calls and attempts to fix, I was told I had to return it to CA. I also was told a replacement unit would be shipped out to me within 5 to 10 business days after they received my unit. It has now been a month and they can give me no answers when I will receive my "referbished" unit. I could get no further up the complaint chain than a supervisor of customer service who was no further help and refused to relase and contact information for a person of authority that I could complain to. I am at a loss of what to do next.

Here's ANOTHER ONE... 14 months old... Used as a spare... This should definitely be taken care of by WESTINGHOUSE!

After learning from my Direct TV installer that my input componets were not working, I tried to contact...

Have 2 Westinghouse SK-19-H210S TV's and one the HDMI input stoped working and the 2nd one just stoped turning on. don't buy anything from Westinghouse it is junk.

the tv was 13 months old and started to get hot then started smoking. it would of burned down my house i...

Just opened the box for a Westinghouse 26" LCD tv which I thought was new. I received this tv while I was away for the month. When I opened the box today I saw that the TV set was reburbished. This would not be
such a problem if the set was not defective. There is one bad pixel on the screen.
I called Ecost.com and complained and they just sent me to Westinghouse. Neither the printout when I ordered this item or the invoice that came with the tv stated that this was reburbished. No mention of reburbished until I got the box open and saw reburbished written on the tv.
This is unethical sales tactics to which I am reporting to the New York State Attorney general.
I am also calling my credit card company to void the charge on this item as I want it returned immediately to Ecost.com at their expense, not mind.
Ecost said they would not take it back because it was refurbished. I had to now send it to Westinghouse for repairs. Ecost.com company is a rip off.

Beware...Save yourself the aggravation and avoid Westinghouse.

I was happy with my 32 inch HD TVpurchase but it went completley out just after two years from purchase. I contacted technical support and they determined it needed to be replaced since the board was fryed and they no longer made this TV or the parts for it. They indicated I should ship it to their Texas facility (my cost) and they would send out a replacement of the same or better quality/size. They further indicated it would take no more than 14 days from the day they receive it.

Fast forward six weeks and I still am not any closer to this being resolved. The third party customer service center I had been dealing with no longer handles Westinghouse and the call center has switched from the east coast to California. I had to learn this on my own as the toll free phone number I had been using just went away. No message saying the number had changed, just a message saying the number was temporarily unavailable. I had to locate the new service number through the Westinghouse website.

Inquiries to the new call center are useless. Let me make it clear that this is just a call center and they have no access to the service center in Texas. When asking for an update, the answer is always the same..."It's in Processing". Don't fall for the, "I can transfer you to someone who might know more about this", routine. That is code for let me transfer you to a non-exsisent person's voice mail whose mailbox is full.

Also, every single email I sent went unanswered even though their voice message indicates this is the preferred method of checking inquiries and they will respond within 24 hours. Every single telephone message I have left, has gone unreturned.

This is what you get for buying American. Shamefull and I will never consider another Westinghouse product.

Unit powers on has sound but no picture. I do not want the run around. I want the tv re[aired or replaced.

We bought flat screen TV from Rex two years ago, and we were happy with it, until, there were multiple color...

Contacted White Westinghouse Customer Service on December 8th, 2008, and told them the 32" television purchased by my husband for $600 refused to turn on. Tried everything they suggested and it was dead. I was told by the agent they had been experiencing problems with a particular part on the television and the supplier had gone out of business so they would replace the tv. I was issued an RMA number, told they would replace the television if I shipped it back, and very politely treated. Finally got it shipped via UPS at a charge of over $100. UPS took forever to get it to White-Westinghouse, attempted deliver to them but WW closed for Christmas. The television was delivered on 1/5/09 but as of 1/23 it STILL hadn't been "checked in." I've contacted their Customer Service MANY times via e-mail and always received the same "sorry for the inconvenience" e-mail back, but no helpful response. Also have spoken to Customer Service on the phone and this last time was told they would make sure it was checked in and "guess-timated" a tv would be shipped out to me very soon. Well, still no television, and again I've received a "sorry for the inconvenience" lame e-mail. I'm contacting the Illinois Attorney General, Chicago Tribune consumer Assistance group, Better Business Bureau and FTC to file a complaint. THIS IS RIDICULOUS. White Westinghouse should fulfill their promises ASAP and stop jacking around consumers who pay good money for their products.

I bought a 19" Westinghouse LCD TV late last summer. It worked fine until one day a month ago. It was only 14...

Westinghouse Electric
46
%
This company is on the right track to keep up with incoming complaints, but there's still plenty of work to do.