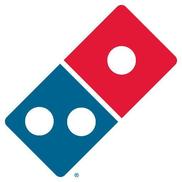 I recently ordered from Domino's Pizza, and the food was horrific. This was close to a $50.00 order, and ALL of the food was sloppily fixed. We called back today, and made a complaint with the manager, DANIEL, and instead of giving the money back, he offered us a credit, and we agreed to it in the hopes that the food would be fixed better this time around. Well, not surprisingly, it was not. In fact, it was even worse this time!

We ordered 2 bread bowl pasta bowls (Mac N' Cheese and Chicken Alfredo), 2 chicken bacon ranch sandwiches, and an 8-piece order of plain wings. The only thing that was fixed right were the wings, and that is all. The Mac N' Cheese pasta bowls barely had any cheese, the noodles were very hard, and there was a load of grease to the bottom. Any other time I have purchased Mac N' Cheese bowls, there was cheese all throughout the entire bowl. This time, it was simply thrown on top, and that was it. It was the same thing with the chicken alfredo bowls, except it was alfredo sauce instead of cheese sauce.

The chicken bacon ranch sandwiches hardly had any ranch, chicken, or bacon. My mom actually put her own ranch on the sandwiches, and warmed it up in the microwave. Very sloppy!

Lastly, and this was the icing on the cake, we called the manager again, and informed him that the food was a complete mess AGAIN. He cuts an attitude, and asks, "Well, what do you want me to do about it?" I promptly asked him, "Well, what do you think you should do about it?" He responds with, "Well, I don't know; that is why I asked you." I told him that I felt like they should take this food back, resend it again, or give the money back from the last order.

DANIEL states, "I'm not resending it, " and I asked him, "why did you ask me what I thought you should do about it?" He begins to run out of answers, and says, "Well, I just don't know how to make you happy." I told him it was their job to make customers happy by preparing the food correctly, and I asked him why HE had such an attitude. He said, "Well, I think you're trying to steal food from us." The back and forth continued, and eventually he had the audacity to click the phone in my face. Domino's Pizza — no toppings on pizza

On January 3, 2010, we ordered the $5.55 deal from "Domino's Pizza". We ordered an Italian Sausage Pizza, and 2 Pasta Bowls (Mac N Cheese & Chicken Alfredo). First of all, the pasta bowls were incredibly small, and barely had any pasta. We've ordered pasta bowls before, and the very first time, they were the correct size, and fixed perfectly. When ordering again, every single time after the first time, has been nothing but a headache. The Pizza looked as though it had been hit by a car. It barely had any toppings whatsoever!!! The crust was burnt, the pizza was thin, hardly any cheese, sauce, or sausage. We called back, and told them that we wanted it fixed over, and they said even if we fix it again, it would look exactly the same, because they are trying to stretch the dough and ingredients. The lady I spoke with, said they've received many complaints, but there's nothing they can do about it. They refused to fix it over correctly, and the delivery guy came back to our door, picked up the food, and gave us our money back. Domino's is nothing but a complete waste of time, and a flat headache. NEVER ORDER FROM THERE!!!