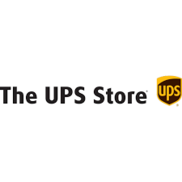 I went to the UPS Store (Store #4571) on Trimmier Ave. in Killeen, Texas on August 4, 2009 to have two framed certificates packed and shipped to an APO address in South Korea at a cost of $193.41. The cost to ship the package was $162.90 with the remaining amount for packing. The package weighed 15 lbs. with a dimension of 36X6X30 inches.

When the package did not arrive by August 29, I emailed store 4571 from my children's home when I was in South Korea on August 30 and 31. I never received a response. On returning home, I went to the store (Sept. 8) to inquire. The manager said they could do nothing for me, it was the problem of the USPS. I asked why I did not receive a reply from the email, and her response was, "Sorry about that." I then went to our local USPS office where they researched and found that the store sent the package "space available" and it was still in transit. I was never advised that I paid that much money to have a shipment go space available.

The package finally arrived on September 14, 2009…41 days after shipping.

I emailed the corporate offices of The UPS Store via their online form on September 8, 11, 12, and 28. Each time I received an automated response that I would be contacted by UPS Store. I have yet to receive a response.

On August 4, 2009, I took two framed certificates (one with a lot of artwork) to the UPS store for packaging and delivery to my U.S. Army kids in South Korea. The package weighed 15 pounds with dimensions of 36X6X30. I was charged a total of $193.41 of which $162.90 was for shipping. When I arrived in South Korea on August 13, 2009, the package had not arrived. I sent an email to store 4571 on August 30 and August 31. I received no answer. When I returned to Texas on September 6, I went to the store to inquire about what had happened. The manager simply stated it was out of her hands since the post office was given the package. There was no offer to research the package...she simply did not care. I asked why she hadn't responded to my email. Her response was, "Sorry 'bout that". I immediately left the store stating that they hadn't heard the last from me. I went to the U.S. Post Office where the postal clerk researched the package. He discovered that the package was sent "SA", meaing Space Available. I was never advised by the UPS Store that the package would be sent in that manner. I sent two online complaints to UPS and they have refused to answer me.