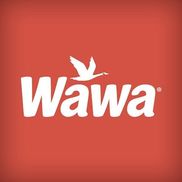 I Paid for a handspun milkshake and the man who made it had no gloves on. There was no ice cream in the middle for the handspun milkshake.. it was just a regular shake no ice cream. He had no gloves on and continued making the next beverage without gloves. I'm not sure, but I think he was the manager . He was a short small frame man with a very nasty attitude. I was waiting for my shake and he kept saying I made your shake and told me that he had placed my milkshake over at the pick up for food. Normally you get the shake where they make them. I came in the store just for that beverage. Very Disappointed