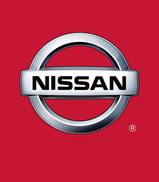 I was involved in a disagreement with a Certified Service Consultant Viviana Mundo though out the day on 17-Sep-2008. She lied to me not once, but on several occasions.

I brought my wife's vehicle in, a 2005 Nissan Altima, for a recall. While being processed by Ms. Mundo she asked if we needed anything else looked at. The rear window defroster has two lines that do not work so I asked if it was covered on the warranty, she said I believe so. Believing that the defroster was under warranty I gave her permission to fix it. Later to find out it was not under warranty and I was on the hook for $55.00 diagnostic fee. Lie number one.

I again spoke with Ms. Mundo who stated that due to the misunderstanding she would wave the diagnostic charge and we agreed that to the radiator flush which would satisfy the other $55 diagnostic charge. Lie number two.

I would have never authorized a radiator flush if I knew that I was still going to have to pay the $55 (dialogistic) and the $55 (radiator flush).

During this whole altercation throughout the day on 17-Sep-2008 I was directed to Ms. Mundo for all communications, but for some reason when we arrived to pick up the vehicle we were deferred to Mr. Joe Pervazas. Once again we were back to the $117. Lie number 4.

I have attempted to contact the service manager and he has not gotten back to me. I also sent an email to the owner of the dealership as well as Nissan executives, again no attempt to contact me in an attempt to resolve this ourselves.