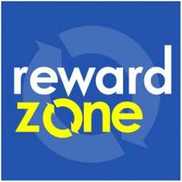 I have had completed 25 deals in order to earn a $1, 000 value Visa gift card as incentive. Right now there is only 11 deals that are in my Reward Status. There are still 14 missing deals. I've submitted screenshots of the email confirmations for the missing deals. They only manually credit one deal to my account.
Some of the deals are games. Games app requirement varies from reaching certain level, play certain amount of games, and/or in app purchase.
They accused me of reusing a link that have been previously used to claim a reward which is against their policy. I did no such thing.
They mentioned that my registration information is tied to someone else. It is from either reusing link or using a shared device.
Despite the accusation, the screenshots clearly show my name and email address completed those deals.
I cannot even try to redo the missing deals again due to many of those deals already have my information and records of me had already signed up.
I really did spend a lot of time and money in order to reach the 25 deals.
I have been waiting over 5 days now for their reply regarding this unfair treatment. I followed the instructions and the rules in the manner of how to complete all of those deals.
I will advise anyone who try to do their deals, good luck if you find a lot of the deals not show up in your reward status.
I believe they are doinh this to me so that I will give up on the reward, which that means they wouldn't have to pay. I see people filed complaints on them. I concluded tgat once in a while they will use this shady move to wear out tge customer.

Please look at my email confirmations for some of the missing deals. Clearly shown my email address and a lot of it i had made a purchase. They still refused to manually credit these deals to my account. I completed the amount of surveys, incentives, subscriptions in order to receive a $1000 gift card on...

I completed all the requirements and it just starts at the beginning! I have been more than patient and I...