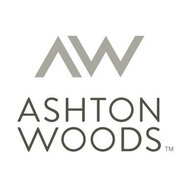 I have owned this home located at the address listed above since January 2020. Prior to the 1 year inspection expiration, I conducted a full inspection of the home which lead to the discovery of 35 pages of defects ranging from minor paint issues to major structural issues. I was also without shower for 4 months after they attempted to cover up mold and rot due to a leaky shower they denied responsibility for 3 months, and then took another 3 months to repair. Specific to this complaint, the inspection identified concerns with the manufactured stone installation on the entire front of my house, as well as the front porch stairs. The entire inspection report, along with specific aesthetic concerns related to the stone installation were submitted in a timely manner to Ashton Woods for complete repair. As you can see, Dry Stack stone installation should have no gaps or grout between the stones, yet the photos provided show shoddy workmanship across the entire front of the home. Following several visits to my home by Ashton Woods representatives over the course of 5 months specific to this stone complaint, one who stated that there were clearly many areas that needed repair, no action was taken by Ashton Woods.

Following continued pressure and emails to the AW Exec. Leadership team, Mike Reynolds (Area President) arrived at my home with his subordinates as well as Mark Johnson ([protected]@brandco. us), head of Brandco Stone (installation subcontractor) and a representative from Provia (stone manufacturer) on July 12, 2021. I was met with arrogance and false statements from both Mike Reynolds and Mark Johnson throughout the meeting. It is important to point out that several other homes in our community received complete replacement of stone by Ashton Woods, and Mark Johnson stated that "we tried to help as many as we could, but we have to draw the line somewhere" (verifiable). There are now other neglected homes in my community facing the same challenge from Ashton Woods, hence my commitment to bringing awareness and resolution to current and future home buyers.
Following this meeting, I received a proposal for minimum repairs from Ashton Woods which clearly do not address the entirety of the defects