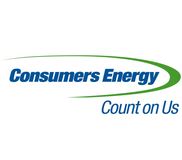 Today is 03/02/2021 and the incident happened around 12:00 pm. The driver of truck number 36-039 in Alma Michigan was sitting in the southbound turn lane on Wright Avenue at the stop light of West Superior. The Alma College bookstore is to his left. I was to his right in the straight-away lane. When the light turned green, we both left the intersection, however he went straight in the turn lane and came over into my lane almost right into my Jeep. I had to lay on my horn to get his attention and lock the brakes up, sending contents in my vehicle flying to the floor. He jerked the truck back into the turn lane just in time to not hit me and then stopped. I stopped next to him to see his face and let him know I was not happy and then we both continued on. I was able to get his truck number off the front of the hood in my rearview at the stop light next to the Alma Post Office. This driver not only went straight from a turn lane at a busy intersection, but then got over into the correct lane without even looking for vehicles who should have been in that lane. This was an extremely narrow miss! The fact that I cannot even reach the station that he left from 1 minute before is extremely frustrating.