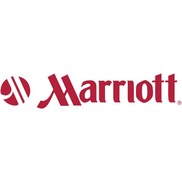 TO WHOM IT MAY CONCERN,

I am sending you this note to let you know that after months of constant abuse, on June the 22nd after a long meeting with the RH Director of the CEC in Mexico City, Magaly Velasco, she decided to fire me and because of that reason, ended my job relationship with Marriott.

This person, Magaly Velasco, with extreme psychological violence attempted to force me to accept a verbal agreement "To leave the company on good terms" she said.

I do not appreciate the use of violence in any form; I was mistakenly thinking that this type of behavior is against the core values of the company. Obviously, she refused to provide a description of the agreement in writing.

I cannot stand more aggressions from these individuals. So today, I will be posting on Social Media my story and some commendations that I received from the Marriott members and even from them lately, just to clarify under what circumstances they decided to get rid of me and how hypocritical they are.

I am getting in touch with you to ask for your intervention because work at the CEC in Mexico City is awful; they are the type of horrific people that do not deserve to work with Marriott. Nevertheless, more important than that, please think about the negative impact they are causing to the company reputation and to the people I left behind.

In México there are only two scenarios, when you quit and when your employer fire you.

Since they fired me, it is a Constitutional obligation for the employer to pay certain amount of money, but Magaly Velasco and David Cabezas the General Manager of the Customer Engagement Center in Mexico City are not willing to do it, using all type of psychological violence these people tried to force me to accept a significant lesser amount of money.

It is very sad but in this country, that is the meaning of the phrase "leave the company in good terms", basically what they try to do is by using extortion, make me buy my way out of a blacklist, which by the way, is prohibited and totally against the law.

I filed a complaint using "The Ethicspoint" website of the company because they are violating the Business Conduct Guide, but seems to be another way to distract the attention out of the general public sight; this is a case of abuse of power and a violation of employment laws in Mexico.

We used the website www.marriott.com, when we decided to travel around the world. We found three hotels and...