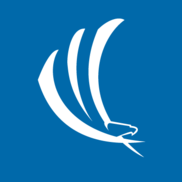 They are stalling and mis directing me!

My mother had a life insurance policy on my with Combined. She passed away last April, and I want to cash it out. Combined has been stalling me for over a month.

Combined Insurance is not the way to go if you want to work in the professional insurance business. They tell you they pay for everything as an employee for the company, this is not the case. You pay back the license fee with your first paycheck and monthly you pay for your bond. They will train you to sell policies as long as you can memorize and regurgitate, there is no thought process here.

As for the selling door-to-door, they tell you there is a partial salary and they will give you as much as you need, but if you are not selling this is not the case. This company is mostly door-to-door sales and the bad thing about it is no one is home during the day except people who can't afford their own bills let alone buy insurance.

This is a waste of time and your own personal money, you pay for your gas, food, etc while you are out of town. When you go out of town on business to have what is called an Ardmore, all people from the region gather to sell policies in a specific city; you have to drive there, pay for all your food, nothing is provided but the hotel room and you are there from Sunday to Saturday night. This is not a way to begin a position by spending a lot of money during a training period where you are not selling a lot. Also for those people who have a professional stature about them this is not the company to work for.

There is also not a $500.00 a week pay for the first two weeks of training either, the first week you have not yet received a license and can't work sometimes it takes longer them a week for the state to issue the license and until then you have no income coming in. It is also the division's responsibility to assign areas for agents to go.

In the beginning you will receive all the leftovers and will drive around all day and not find anyone at home, you pay your gas and make no money. The best assignments are given to the people selling, not to those who are training and need to learn. It is very hard to learn when no one is home all day.

The work days begin with a meeting, not in a office so you spend money eating out. They begin between 8:00 and 9:00 and and will last for a couple of hours, then you go to work; people are home in the evenings so you will be working 12 or more hours each day even though they say they don't what you out after dark, it is still required.

If you want to be in the professional insurance business do not work for Combined, the clientel is lower income, and you will have no life outside of work because of the hours you will have to put in to make money, especially Saturday it is sometimes mandatory, but they have you work M-F and give you the option for Saturday. It would be better to get one day off during the week and always work Saturday because people are home.

I hope this has helped someone.