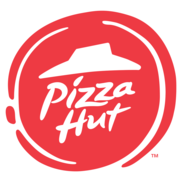 This is about the Douglasville, GA Pizza Hut on Hwy 5. The store manager, Daniel, is an ###! On August 11th, 2010, I called in an order for the 50 cent wings. I got there and my order was not ready. No big deal. Cori, employee at the front desk had taken my payment (money). She told me my order would be ready in about 5-10 minutes. I was okay with that. Cori walked to the back and got the wings out of the freezer. I was okay with that. Then, she started taking the wings out of the bag with her nasty ### fingers!! She had just taken my money and she had not washed her hands at all. Disgusting. I had not eaten and had already paid, so I was like hopefully the HOT grease will kill the germs. I got my wings, but on the way home I called corporate (after searching forever for a freaking number) and let them know about the disgusting things that their employees do. The CSR said that someone would contact me. I teach and so when Hannah, the shift manager, called me I was unable to get to my phone. That afternoon I heard the voice mail and she stated that she was going to issue me a 13$ credit since I had paid 12$ and some change. I made sure that I saved the message just in case there were any issues. Today, I called in the order for a pizza and was told that I only had a credit of 10$ and that my pizza was free. I told Daniel that I have a credit of 13$ because of an issue I had the last time I came into the store. I ordered the pizza for carryout. I was not going to argue with him while I was driving. I went to the store and asked for the manager. The same ### I got last time was working the counter (Cori). She went and got the manager and I be damned if it wasn't Daniel. He tried to argue me up and down about thte credit. I told him that I had the voicemail from the manager and he refused to listen. I said fine and then I cancelled my order. I asked for a corporate number and the fat ### Cori said they don't have a corporate number.WTF?! I called corporate at 5:21pm and told them about the issue and they said the district/area manager will be calling me. I'll probably be in class when he or she calls. But I will be forwarding the message to that manager's voicemail so he can hear the damn message and give me damn credit!