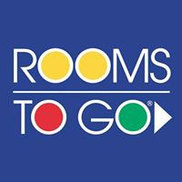 I am writing about a sofa I had purchased on Nov 10, 2013. My sofa is literally falling apart and have seen a lot of comments online about this particular sofa having a lot of issues from peeling.

This sofa was very rarely used as it was in our rec room so there is no reason this should have happened except due to manufacturer defect. We also purchased barstools at the same time which all have experienced the peeling as well.

I am very disappointed by the quality of the items I was sold and thought I was purchasing a quality set. This was clearly not the case and I am hopeful that you all will stand behind your product as this is clearly a manufacturer defect and should be corrected for all people sold these sofas.

Attached are photos of the sofa. I am not asking for a refund but would like a credit for the amount paid so I can get a new sofa.

I regret referring my good friend to buy this same sofa in white. She literally had to give it away since it fell apart.

I've had been a Rooms to Go repeat customer for over 20 years and never have I been so disappointed with quality of merchandise. I purchased I believe a Cindy Crawford Living Collection with an L shaped sofa, ottoman and chair in late 2013. I was given leather conditioner and advised that I could always get more free of charge. I condition my Sofa and accessories as instructed. Strangely enough, currently only the the left swing of the sofa is showing signs of wear, the other pieces to the collection appear to be almost as new. I notice a little peeling a few months back and wrote it off as maybe someone had damaged my item while visiting.
Now I notice it's peeling more and more, won't be long before it's completely ruined. I rarely set in my living room or entertain. I have a bedroom set I purchased over 20 years ago, on clearance but it has lasted longer than I expected, and several other pieces over the years. My dining room is complete with a lovely Sofia Vergara Collection that appears to be holding up for the last couple of years. RTG discontinue items after awhile, so I know I will not be able to replace the piece that seems to peeling away, This seems to be a common factor for furniture purchased during that time period from RTG. I probably don't have my order number or receipts back dated to that time, but if I could get my item professional repaired i would continue to be a advocate RTG customer. I questionable after this experience.

On April 12, 2008 at approximately 9:00 am, a RTG delivery driver parked a fully loaded 15-20 Ton truck on my concrete driveway to unload furniture. Although I met the driver as he was getting out of the truck and asked him to move the truck to the street for unloading, he replied it doesnt state unloading from the street on the sales order. I advised him the weight of the truck will damage a residential concrete driveway and he must move it immediately. His response to my second request to move the truck to the street was well, Im already here and continued to lower the lift and unload. On my third request, I demanded he move the truck immediately and if I hadn't seen his 8 or 9 year old daughter peek around from the back of the truck, would have likely handled the situation more aggressively. At that point I advised the driver I would be contacting Rooms to Go to which he replied go right ahead. As a direct result of the drivers negligence, the area of the driveway where the truck parked, has been broken, cracked, crushed and shifted. Each time it rains, the water seeps into the cracks weakening the foundation and causing further damage. Although SE Independent Delivery Services had their own contractor estimate $4000.00 to patch one section of the driveway, I was offered $1, 000.00 as compensation however my 6 estimates shows the actual cost of repairs range from $8, 061.00 to $ 13, 150.00.