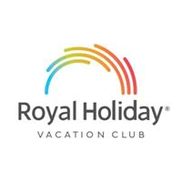 In January 2016 it became necessary for us to cancel one of two reservations we made for the DR. We...

This company is a complete fraud. Do not trust this company. They make all kinds of promises of places to go, then after we call to try and see where we can book and more than half of the places were "no longer available". There was no "rescinding" options, nothing. On top of a monthly payment, there is a yearly payment, even if you pay it off.

My husband and I were scammed by Royal Holiday while on vacation in the Dominican Republic in 2006. We were deceived and pressured into purchasing this timeshare in the Dominican Republic, and bought the silver points package of 20, 000 credits. We must have been there for at least three hours or more with these devious salesmen who make a living out of ripping people off. We were going back forth about not being interested and how we just wanted to enjoy our vacation, but they mislead us into believing that if we joined we would get discounted airfare tickets (70%). We thought it was awesome, discounted airfare, unlimited reservations at the Bavaro Princess and Ocean Blue Hotel plus an added bonus certificate to be used within 2 years as an incentive. We purchased based on the fact that the annual payment was not a maintenance fee, but a fee that was paid for a travel agency with RH that gave us discounted airfare tickets. When we came back to the USA we realized we had been conned, so we tried canceling but it was too late.

We've made numerous attempts to get out of this sleazy company with misleading business practices, but unfortunately we have been able to get out. We would like our money back or at least part of it.
We filed a complaint with the BBB and this caught RH attention so they contacted us, and asked us that if we agreed to remove the complaint they would pay us 1, 000. We took the 1, 000 to pay for the annual fee of $795.00 last year 2009 . The annual fee started at $495 and we were told that this would never go up. We've called RH numerous times but since we didn't remove the complaint with the BBB they refuse to speak with us and transfer us to the legal department which are so rude and even hang on us. At this time we want NOTHING to do with ROYAL HOLIDAY CLUB we want to leave this nightmare behind us. We proceeded to file a complaint with the FTC Federal Trade Commission and we are still waiting. This company is sleazy and underhanded, and we would happily join a class action suit. I have invested many thousands of dollars, we are extremely disgusted.