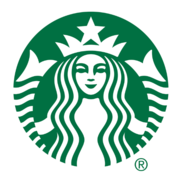 I visit a lot of starbucks. I like the atmosphere and the people are really nice to me.

That was until I went to the starbucks on 749 lincoln road, miami beach, fl.

I went in at around 7:30 am and it wasn't very busy. I was the only person in line. The male barista greeted me very friendly.

I asked for a tall cup of hot water because I had a via (that I actually bought from that starbuck two days prior). He said "sure."

The manager who was behind him went over to pour the hot water and said (in a very snappy tone) "i'll give you a small cup."

At first I thought she was offering me a small cup because that's the size that's recommended with a via.

So I said, "oh no, can you please give me a tall because it's too strong in a small cup for me".

She again snapped back and said, "no. I'll give you a small."

I was shocked. The other baristas seemed shocked too. It was rude and really uncalled for. I still have no idea why she not only denied me but was really mean about it.

I don't know why she did that. The only explanation I can think of is because maybe the way I was dressed (I was wearing a collared shirt but it was wrinkled) (but i'm on vacation in miami beach)

Or because i'm black and she thought I wasn't anyone important.

Or all the above.

I think it was all of the above.

The manager's name is danny taylor. I would like an apology from her for embarrassing me in front of all those people. If i'm not given an apology, i'm going to investigate if this was the first incident this manager at this store has had and if I find out it is then I will take actions to correct the situation.

I would like an apology from that store manager and a free tall coffee from her since I had to go down the street and get one from another starbucks.

I hope corporate is more friendly than this manager was at starbucks.