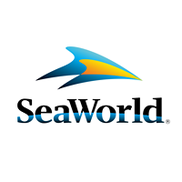 Hello I wanted to report an employee I saw on saturday june 18th. I’m not sure if hes aware that my husband...

On May 8 at 9:30 in the morning I called San Diego Seaworld I got a return call at 11:30 that same morning. My question to them was for an accommodation of a three year old special needs child on the spectrum unable to wear a mask The Seaworld representative told me that it would be OK if we had a note from his pediatrician. The following day or two we got a note from his pediatrician stating his disability and the ability or lack there of to wear a mask.
On 12 May I purchased four tickets for our family to go to San Diego SeaWorld
On June 1 we left for vacation from the state of Arizona and on June 2 at 10 AM we arrived at Seaworld San Diego with three adults with vaccine cards from out of state and one toddler three year old.
When I showed representative there the letter they said that they weren't excepting that that everybody had To wear a mask regardless of a disability and a doctors note
I explained to that representative and his two of her supervisors that I was told that it would be OK on May 8 so what was changed between now and then. I further explained that it wasn't in line with the CDC recommendations nor the state of California
Needless to say my grandson did not get to enjoy SeaWorld that he was looking so forward to and we were told to leave the park and that we could not be there if you cannot wear a mask they did refund my money which took about three weeks to get back
I have made two phone calls to see world since then nobody seem to care or understand and I have written two letters to them as well I furthermore contacted the mayor of San Diego hoping that maybe they could intervenes since Seaworld San Diego was not returning any phone calls or answering any letters.
This is very poor customer service from the beginning when they told us that it would be OK to do and then stopping us and not letting us attend. As a grandmother it's heartbreaking for a solid week my grandson was asking to see the orcas and to not let him attend because of a disability is disgraceful

The complaint has been investigated and
resolved to the customer's satisfaction
Resolved Sea World San Diego — RE: Quick Que Premier

This added extra advertised by Sea World was a waste of money!!! The Quick Que Premier Package was a great disappointment... I spent $12.00 on a wheelchair for my friend and we all got better seats for all the shows... Unless you are 30 minutes early to only sit in the hot sun for the shows which no one has the time for to see what you want to see... you will not receive "good seats" period. The package mentioned "reserved" seats in which were all taken and were in the middle.. no way of cooling off in the "wet zone" which I thought we were paying for in the package!!! The ONLY good thing about these tickets was that we got to go to the front of the line for the the new Mantra ride... Surely it wasn't worth spending 160.00 for the four tickets...Next time I am getting a wheelchair!!!

I am a very dissatisfied employee. Sea World uphold a lot of favoritism and they do not write people up on facts. The Bay of Play area holds a lot of inconsistency and not one Leader knows all the rules. We have leadership who can't wait to get off work so they don't have to assist guest with missing children issues. Its a very unstable environment, and "We" the true leadership, are always mis lead in rules and regulations because the supervision are inconsistent with each other. I'm very dissapointed. I feel very disrespected and used. They like to cover up their longer knowing employees when in the wrong, and love to take frustration out on employees that are seasonal. This all sounds like opinion and theory, but I have facts, and two write ups to prove this. I would never work for sea world again or refer a guest either.

I went to an interview at Sea world San Diego for the position of Park Host. I noticed that all the interviewers were White, that's fine but I also notice that all the interviewers were between 16-18. What happened to equal opportunity employers. I am 46 and I am a good worker and my chances of being hired were 0% since I wasn't young. What a waste of time. Sea World you have to hire all ages, not just the young crowd. I won't be visiting anymore, your prices are too high anyways.

We visited sea world San Diego yesterday. We were having a good time until we visited the sesame street bay of play area. We waited until the end of the day because we thought we would never get the kids out of there, we were wrong. We waited in line for the moon bounce thing finally it's our turn. The attendant says 6 kids at a time, no rough play, no cartwheels, no somersaults but then pays no attention to the kids once they're in there. My 3 year old son was so excited to go in he couldn't wait but then while in there another kid jumps on him. My son says stop it. Then the kid does it again this time my son has to push him off him. I am now running to the front to get this kid off or find his mom. When I get there the attendant yells ok 2 minutes OUT! So now my son is extremely upset he didn't get jump because of this brat that no one was watching and because the " 2 minutes " was up. I then told the attendant what happened all she said was "oh" . Thanks a lot. Oh and I shouldn't forget about the kids mom that was laughing. Unbelievable is this what we are teaching our kids? To bully other kids? That kid is so lucky that my son is respectful and so caring already at 3 because he has been taking karate for a year now and really could have hurt that other kid. I just want to know what's the point of even saying the rules if your not going to enforce them? Or maybe you should consider saying the rules in Spanish as well ad English. So my advice is don't go in the moon bounce unless you have 6 kids then you can monitor any rough play because the sea world employees aren't.

bought a couple of coffe cups as souvenirs - 1st time they were washed the coating all fell off and there were so many chips they had to be thrown away. Contacted Sea World and never heard back from them. Just another case of greed and being all too happy to take enless amounts of your money and shoving you out the door! My family won't spend another dime on cheap crap merchandise from SEA WORLD

I was extremely disappointed with the poor service my family and I received at Seaworld San Diego. My husband, daughter and I stood in LINE and bought our Platinum Passports. I asked for our guest passes that were promised on the website but was disappointed when I was told I would have to pick them up at Guest Relations, inside the park. We had to go stand in another LINE at Guest Relations inside the park to get a refund on our parking that is included with the Platinum Passport and were told at that time, the small cards that said they were to be redeemed at Guest Relations were the guest passes.

Tuesday, July 11, 2006, my daughter and I returned to the park with my 7 year old niece as our guest. We waited in LINE to get our bags searched. We stood in an entry LINE and tried to use a guest pass for my niece to enter at the gate. We were told we had to redeem the pass for an entry ticket at a ticket window. We stood in the passport ticket LINE but were told we could only redeem the pass at the Will Call/Travel Voucher windows. Then, we found that LINE and waited another 40 MINUTES to redeem it for the pass. After that, we had to stand in the bag search LINE AGAIN and the entry LINE AGAIN. By the time we entered the park, approximately an HOUR after our arrival, we were too late to see the new “Believe” show that we came to see and could not stay late enough for the next show. The children were very disappointed. Trying, with so much delay and difficulty, to get what I had already paid for set a negative tone for the whole day.

A Seaworld employee did try to be helpful when he saw us standing in the long line while wearing our Platinum Passports. However, I was very shocked when he suggested I should abandon my young daughter and 7 year old niece by leaving them standing, UNSUPERVISED, outside the entry gate so that I could go in the park and stand in a line that might be shorter to redeem the guest pass for an entry ticket. Child Protective Services may be interested if this is the standard policy!

Standing in line 7 times for a complimentary entry ticket is NOT WORTH THE BOTHER. Seaworld ignored my complaint when I finally got to the correct window and would not let me speak to a supervisor. Seaworld ignored my complaint when I contacted them by website. We have had annual passports several times over the years and never had such a horrible experience. BUYING A SEAWORLD PASSPORT IS NOW A WASTE OF MONEY.