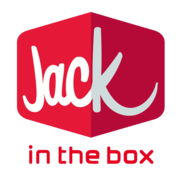 Jack In The Box

Jack in the Box — unfair terminations of job

I worked at Jack in the Box, Farmersville, CA for four years. I have been harassed by co-workers and the day manager. After being harassed, I finally spoke up, upon which I was fired as a "bully". The manager refused to hear my side of the story at all and as I left the employees of Jack in the Box actually laughed at me and made statements they knew I would be fired. I believe this was the goal of the co-workers in the first place. Many times I have spoken to the day manager, George and was told he "has his own issues and does not want to hear anything about it." Every time I ask for help or as questions, my concerns are voiced out loud so everyone can hear causing me great embarrassment.The people involved were Brea, Jessica, Blanca, Larry, Andre and Antonio. These all knew that I was going to be fired before I had even talked to the manager. I really believe there was prejudice against me because of my race, which is Indian. I was even told to get out of the manager's office because Kelly, the manager at the main office, didn't want to hear it. Now I am having trouble finding a job because the employees have told everyone in town that I was fired for being a "bully".

View all 741 Jack In The Box complaints & reviews
ADVERTISIMENT